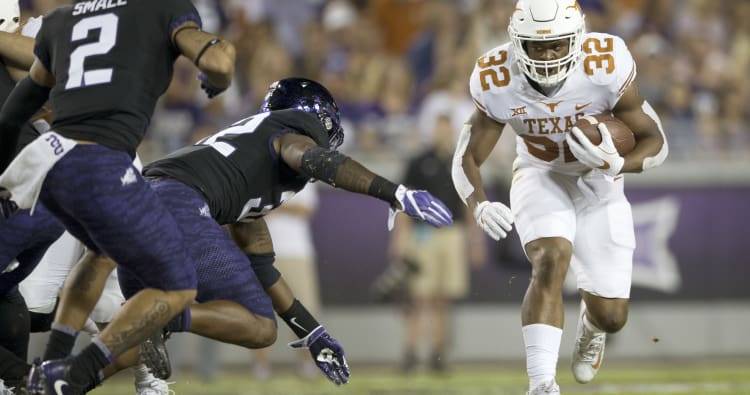 Texas has moved back to .500, but time is waning in the 2017 season. The Longhorns will close out the regular season in less than two weeks with a home game against Texas Tech, but a road trip to West Virginia is up first. West Virginia was ranked 24th in this week’s AP poll, which is a hurdle that Texas has been unable to clear this year. Against AP-ranked teams, Texas is 0-4 although the Longhorns have been competitive in losses to USC, Oklahoma and Oklahoma State. TCU? Not so much.

So, how do things look this week on the 40 Acres? Do the Longhorns have a chance against West Virginia? Hookem.com’s Brian Davis and Danny Davis fill you in on what you need to know in this week’s edition of the Zaxby’s Sound Off.

The post Sound Off: Who have been the most fabulous freshmen in 2017 for Texas? appeared first on Hook ‘Em.