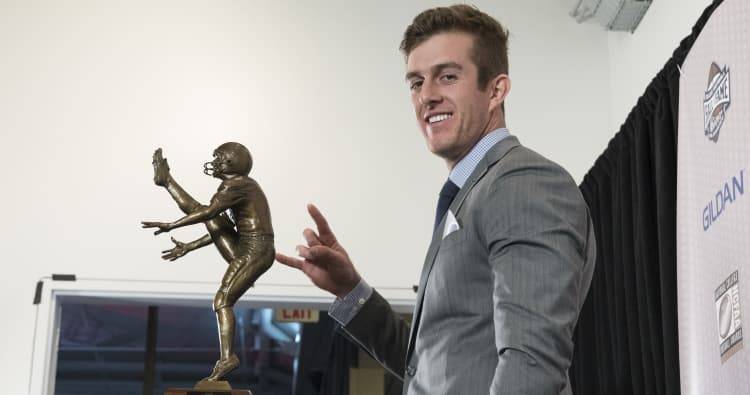 Michael Dickson and DeShon Elliott may not be around the University of Texas much longer, but their faces will stick around long after they are gone.

Both Longhorns juniors secured consensus All-American status on Tuesday when they were named to the Sporting News first team. With that achievement, Dickson and Elliott will have their portraits hung in the Moncrief-Neuhaus Athletic Center.

Both players were also given first-team nods by NCAA-recognized teams released by the Associated Press, Football Writers Association of America and the Walter Camp Foundation.

Dickson was honored last week with the Ray Guy Award, which is presented each year to the best punter in college football. He led the nation with an average of 48.4 yards per punt. The Australian has yet to announce whether or not he will enter the NFL Draft.

Elliott was a finalist for the Jim Thorpe Award, given the nation’s best defensive back. He did not win the award, but he is already focused on his future. The Rockwall-Heath product announced that he will skip the Texas Bowl as he prepares for the draft. Elliott led the Big 12 with six interceptions in 2017.