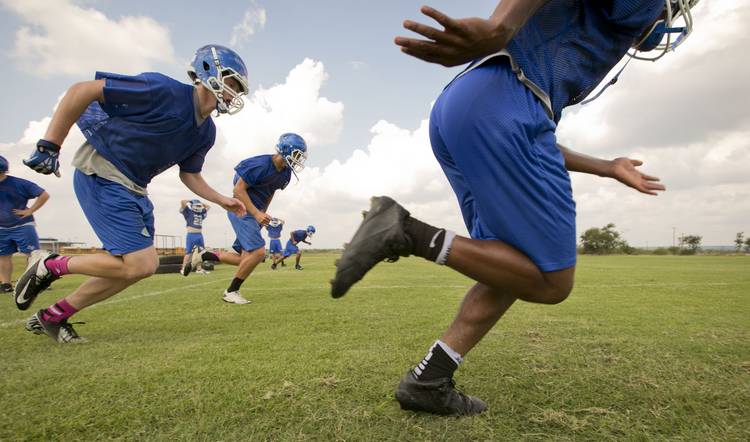 The second in-state regional The Opening event took place Sunday at The Star in Frisco. Among the state’s top-end recruiting talent there were plenty of standouts, including a few with offers from Texas.

One top-rated in-state offensive lineman has put Texas at the top of his list of schools that he’s considering.

Marshall High School interior offensive lineman Chasen Hines had this to say about the Longhorns at the event this weekend:

“Two schools standout right now. LSU and Texas are the two right now. Texas is a family environment and I’ve visited there,” Hines said. “My mind is saying Texas right now, but LSU is still right there. I’ll make the decision when it feels right. I don’t have a timetable or anything like that.”

Hines is No. 54 on the American-Statesman’s Fab 55 for the 2018 class, placing him at the top of interior line recruits in the state for next year’s class.

50 in 50: Texas’ highest scorers by the numbers