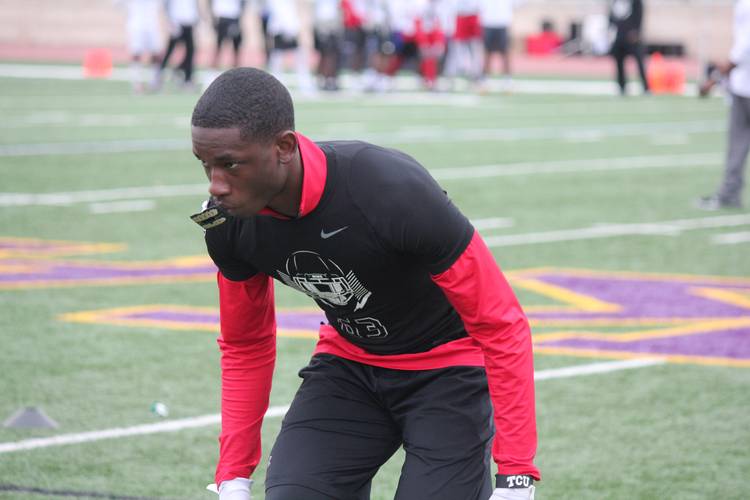 Houston Heights cornerback Jalen Green became commitment No. 13 for the Longhorns in the 2018 class Friday night. Green, a four-star prospect ranked No. 9 on the Fabulous 55, is the first cornerback to choose Texas in the 2018 cycle. Green was an all-defensive selection at The Opening Final in Oregon.

Green possesses the ideal combination of length and athleticism at over 6-foot. He started his high school career as a quarterback before switching to defense before the start of his sophomore season. The move stuck and Green quickly earned scholarship offers from around the country, including one from Houston when Tom Herman was still the Cougars head coach.

Green announced a top five of Texas, Oregon, LSU, Ohio State and Penn State. He is the first of three in-state cornerbacks the Longhorns want as part of the 2018 class. Texas is still in pursuit of Houston Lamar teammates D’Shawn Jamison and Anthony Cook.