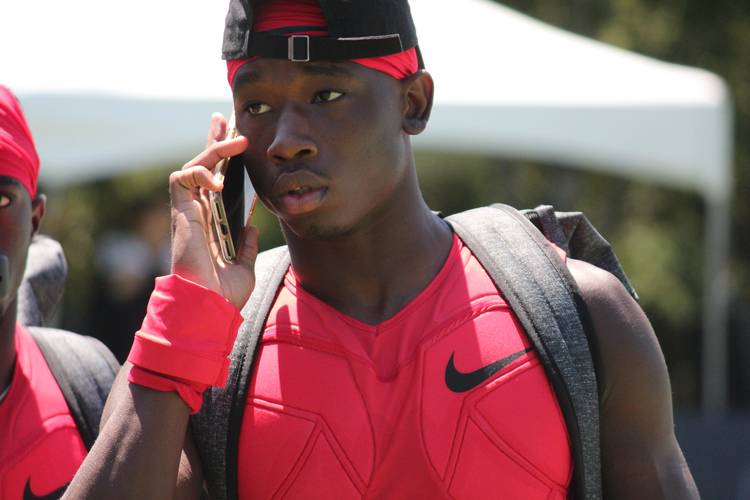 Seven of the best 10 players in Texas for the 2018 recruiting class are signed to become future Longhorns, per 247Sports. The recruiting website awarded three Texas signees with 5-star status – cornerback Jalen Green and safeties DeMarvion Overshown and Caden Sterns – naming Green the top player in the class. Overshown and Sterns are No. 2 and No. 3, respectfully.

Green, who is also the No. 1-ranked recruit on the Fabulous 55, is a 6-foot-1 cornerback from Houston Heights. The Opening alumnus also played in the U.S. Army All-American Bowl after missing the last half of his senior season to a shoulder injury. Sterns was named the MVP of that game after recording two interceptions.

BJ Foster, a 247Sports Composite 5-star, remains the top-rated player on the composite list, but was ranked fourth in the new 247Sports rankings. Jaylen Waddle, an uncommitted slot receiver out of Bellaire Episcopal and a Texas target, is ranked fifth with Texas wide receiver commit Brennan Eagles ranked sixth.

Texas failed to sign a single player in the top 20 of the same list during the 2017 recruiting cycle. Damion Miller (23) and Montrell Estell (24) were the only two signees inside the top 25.