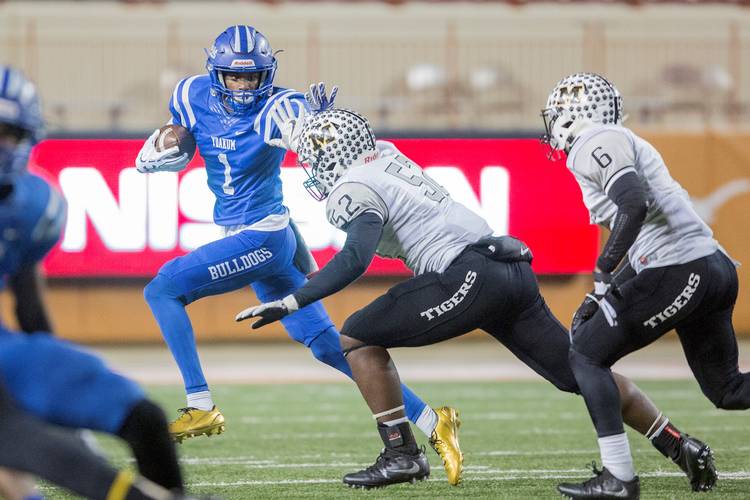 Time erodes on the 2018 recruiting class and one Texas target decided not to wait until national signing day. Four-star wide receiver Joshua Moore announced via Twitter that he’ll make his decision Sunday instead of on Feb. 7. The Yoakum product is the top wide receiver target on the Texas recruiting board and hosted head coach Tom Herman for an in-home visit Monday night.

Moore is currently No. 12 on the Fabulous 55, which will be updated on Wednesday. He is a 6-foot-1, 170-pound playmaker who can play outside or in the slot. He’s known as an excellent route-runner with consistent hands and a silky running style. Moore rarely looks rushed yet he’s rarely tackled by one player. He’s also spent time as a prep defensive back.

Moore led his Yoakum program to a state championship appearance as a junior, along with his brother, Jordan, who is signed with Texas A&M. Joshua transferred to IMG Academy in Florida for the spring semester of his junior season before transferring back to IMG Academy for the start of his senior season.

Joshua scored 29 offensive touchdowns and totaled more than 2,000 yards in his three-year varsity career. He was a three-time all-district honoree. Texas is the favorite with Ole Miss, Tennessee, Florida State and Oregon in the mix.