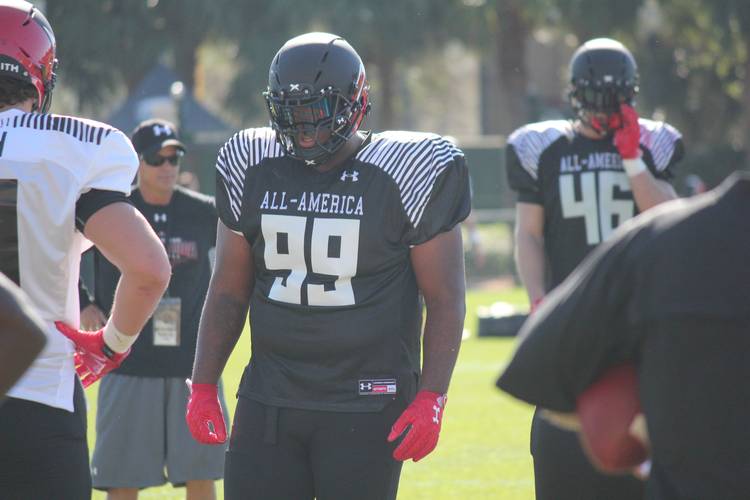 Holding onto defensive tackle Keondre Coburn is a top priority for the Texas staff and it moved a step closer to ensuring the 4-star will sign with the Longhorns on national signing day with the news he’ll visit Texas the weekend before players can sign on Feb. 7.

Great home visit from the head men of University of Miami 🙌🏿 pic.twitter.com/MqLTfDRpWo

This visit for Coburn is unofficial. He took his official visit to Texas in December. Coburn participated in the Under Armour All-America Game in Orlando on Jan. 4 with a litter of future Longhorns. He took a visit to Miami on Jan. 19 and hosted opposing coaches throughout January. Coburn explained why in Orlando.

“It wasn’t a difficult decision because I was sticking with my choice,” said Coburn of letting the early signing period pass. “I decided to wait because we’re all going there at the same time. There was no rush. I wanted to sign in February.”

He also made his feelings about the early signing period known during that all-star trip to Orlando.

“I think the early signing period is for the early enrolling. If you sign early or in February doesn’t matter for the rest of us because we’re going there at the same time,” Coburn said. “It really just lets coaches see who is locked in and focus on other guys.”

Coburn never de-committed to Texas despite flirtations with other programs. Coburn can sign with a college on national signing day, which is Feb. 7.