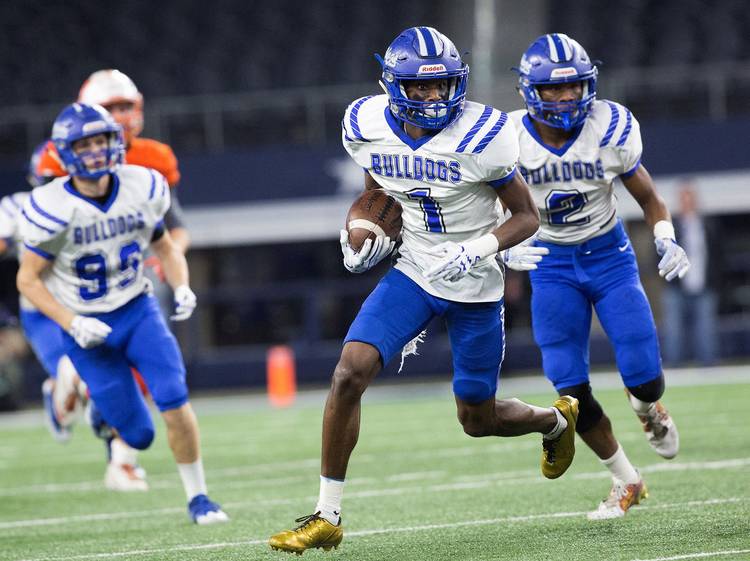 Texas added its third receiver to the 2018 recruiting class, which now holds 25 prospects. Nineteen of those 25 signed during the early signing period in December. The rest, like new commitment Joshua Moore, can sign on Feb. 7. Moore, a 4-star receiver from Yoakum High School, picked the Longhorns on Sunday afternoon.

Texas battled its way back into Moore’s commitment when the 6-foot-1 prospect de-committed from Nebraska on Dec. 10. Texas wide receiver coach Drew Mehringer was at a Yoakum football practice the next day and remained on Moore throughout January.

Moore played his final prep game at the Under Armour All-America Game in Orlando on Jan. 6, surrounded by eight future Longhorns. He was a priority recruit for the Texas commits in attendance and that bonding experience played a big role for Moore in choosing Texas, as did a recent official visit and in-home visit by the Texas staff.

Moore joins 4-stars Brennan Eagles and Al’vonte Woodard as the 2018 wide receiver commits. Eagles and Woodard signed during the early period with Eagles already on campus as an early enrollee. All three participated at The Opening Final in Oregon last summer.