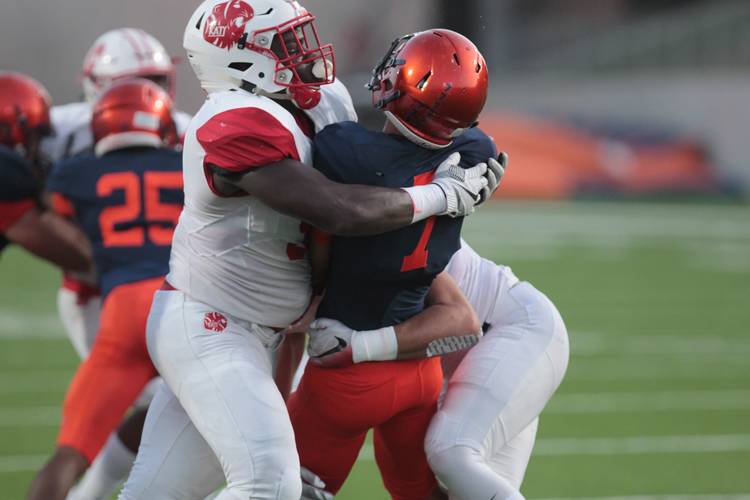 An official visit to Texas sealed the deal for Katy defensive tackle Moro Ojomo. The 3-star prospect improved his stock as a senior and received numerous offers after his senior season completed. Ojomo was named the defensive MVP of his district and is still 16 years old. Ojomo becomes the 26th member of the 2018 recruiting class, which ranks third in the nation and first in the Big 12.

Texas offered Ojomo on Dec. 6. Programs like Notre Dame, Texas A&M, Oklahoma and Oregon followed suit and a battle brewed for his signature. The Longhorns stood victorious when Ojomo became commitment No. 26 of the 2018 recruiting class.

The 6-foot-3, 280-pound prospect will sign on Feb. 7, along with the rest of the class. Ojomo is the third defensive linemen to commit to Texas during January. The Longhorns also hold a commitment from 4-star defensive tackle Keondre Coburn, who chose not to sign during the early signing period.