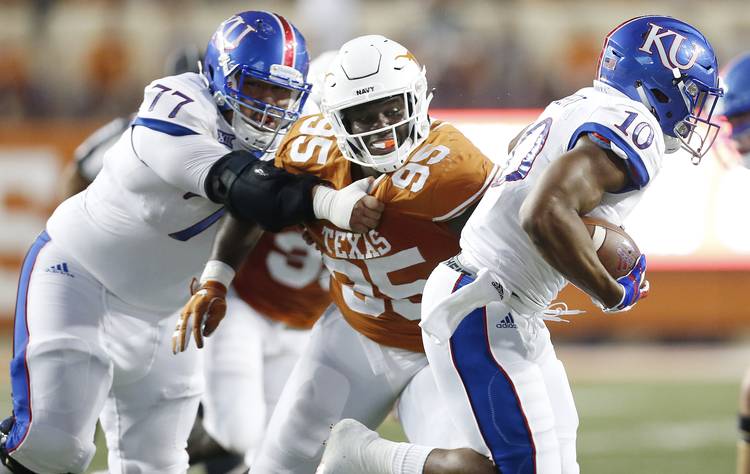 Postseason bowl games allow prospective NFL players to get valuable time in front of scouts. Every year, there are a few players who stand out enough to improve their draft stock.

This year, Poona Ford might be that guy. The former Texas defensive tackle often gets looked down upon because of his height, but Longhorns fans know that he makes up for any shortcomings with effort.

The 5-foot-11 Ford, who has an 80-inch wingspan, showed off his motor with the cameras rolling during 1-on-1 drills at the Senior Bowl. Plenty of media members in attendance took notice.

Texas DT Poona Ford has himself a day in the first session of 1-on-1s pic.twitter.com/pUXMFVjFV6

Ford is slated to play Saturday for the South team, which means he will get one more shot at former Oklahoma quarterback and Heisman Trophy winner Baker Mayfield when the game kicks off at 1:30 p.m. in Mobile, Alabama.

In 2017, 81 of the 115 players on the Senior Bowl rosters were drafted. Ford also played last weekend in the East-West Shrine Game.