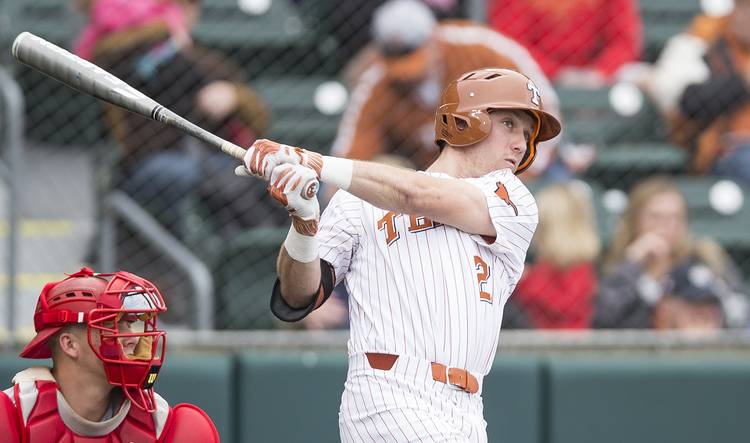 Despite two home runs by Zach Zubia, the No. 19 Texas baseball team fell to No. 23 LSU 10-5 in Baton Rouge, La. on Saturday night. It was the second straight game the Longhorns gave up double-digit runs in a loss to the Tigers.

Texas held a five-run lead heading to the bottom of the fifth, thanks in large part to Zubia’s homers. He finished the game 2-for-4 with two runs scored and three RBIs.

Kody Clemens also hit a home run for Texas as he went 2-for-4 on the night. Austin Todd was responsible for the other run for Texas, driving home Duke Ellis in the fourth inning.

Bryce Elder suffered the loss, allowing two runs on one hit in one inning of work. His wild pitch in the seventh allowed the winning run to cross the plate.

After not scoring a run through four innings, LSU woke up in the fifth. The Tigers tagged Texas starter Chase Shugart with three extra-base hits in the inning on the way to five runs. Austin Bain and Hal Hughes each had RBI doubles while Antoine Duplantis tripled to score another run.

Texas pitchers struggled for the second straight game, allowing 14 hits. Shugart ended the game with no decision after allowing five runs on eight hits through 4 2/3 innings of work.

The Tigers added two runs in the seventh before putting the game out of reach in the eighth with three more runs.

The Texas baseball team will try to salvage a win in the series finale on Sunday.