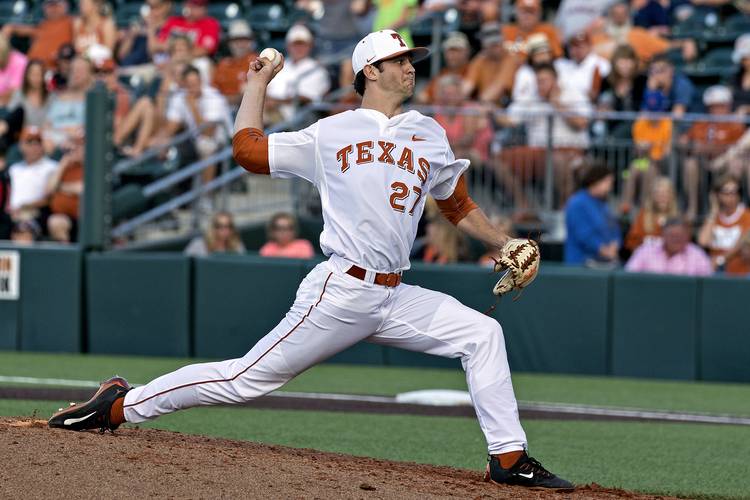 After helping Texas avoid a sweep, sophomore Blair Henley has been praised by the Big 12 Conference.

Henley was named the Big 12’s Pitcher of the Week on Monday. In Sunday’s 11-1 win at LSU, Henley allowed six hits and three walks over six shutout innings. He also struck out three in the rout, which came after Texas lost 13-4 and 10-5 games in Baton Rouge.

Henley is the first Longhorn recognized by the Big 12 this spring, although junior Nolan Kingham picked up last week’s Perfect Game/Rawlings Pitcher of the Week award.

Monday’s award was the first of Henley’s career. The Fort Worth-raised right-hander has gone 5-5 with a 3.72 ERA during his time at Texas. In two starts this season, Henley has posted a 0.82 ERA.

Texas (4-3) will host UTSA on Tuesday. Ranked 23rd in D1Baseball’s weekly poll, the Longhorns will then play Northwestern four times at UFCU Disch-Falk Field this weekend.

Texas drops one slot to No. 7 in this week’s AP poll for women’s basketball