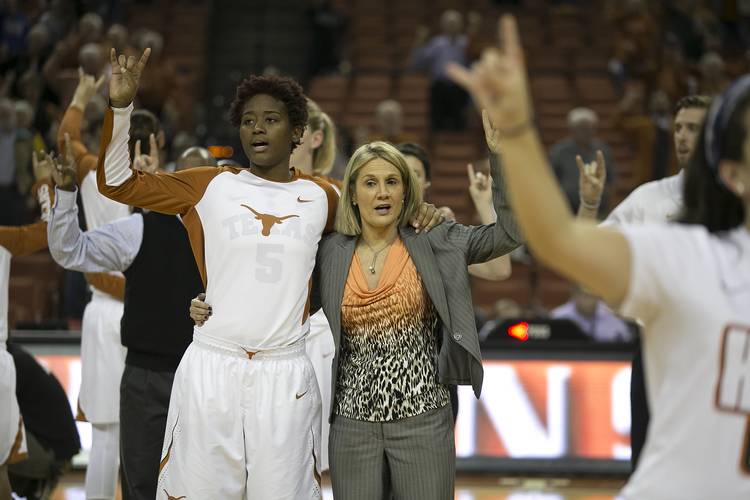 Despite going 3-0 last week, Texas dropped one spot to No. 8 in this week’s Associated Press Top 25 poll for women’s basketball.

Baylor, meanwhile, moved up to No. 2 in the weekly poll after previously unbeaten Mississippi State lost to South Carolina 62-51 in the finals of the SEC Tournament on Sunday.

Texas and Baylor have reached the finals of the Big 12 Tournament in Oklahoma City. The championship game will be at 8 p.m. Monday at Chesapeake Arena.

According to ESPN’s weekly NCAA Tournament bracket predictions, the Longhorns and Lady Bears will No. 2 seeds. Texas is projected to be in the Kansas City regional. Texas is a virtual lock to host first- and second-round games. The 64-team field will be announced next Monday.

Here is how American-Statesman writer and AP voter Rick Cantu cast his ballot: