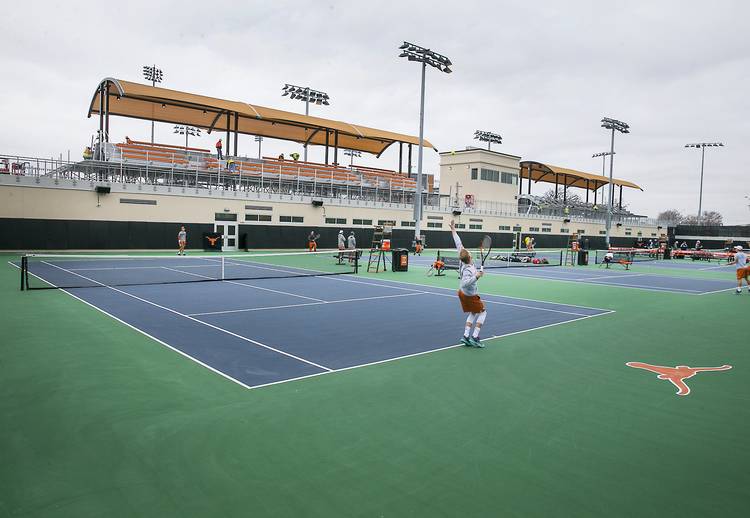 The Texas men’s tennis team won two singles matches but were defeated by No. 11 Southern California 5-2 in Los Angeles on Wednesday.

The No. 10 Longhorns got wins from Christian Sigsgaard and Adrian Ortiz, but it wasn’t enough to win the battle of top-11 teams.

“This was a tough match today, and I give USC credit for the win,” UT head coach Michael Center said. “I didn’t feel like we were at our best today. We played five three-set matches, and we just didn’t do the things we needed to do to come out on top.”

The Trojans opened with two doubles wins to take the point before winning four of the next six singles matches.

Sigsgaard finally got Texas on the scoreboard when his opponent retired after trailing 6-3, 5-7, 5-0.

“We’ll take a couple of days off and get ready for Tulsa later this month,” Center said. “We have a lot of work to do over these next 10 days to get ready for that match and conference and the battles we’ll need to be ready to face in the next month or month and a half.”

On Second Thought Ep 90: Shaka Smart on his happiness at UT; men’s and women’s tourney preview