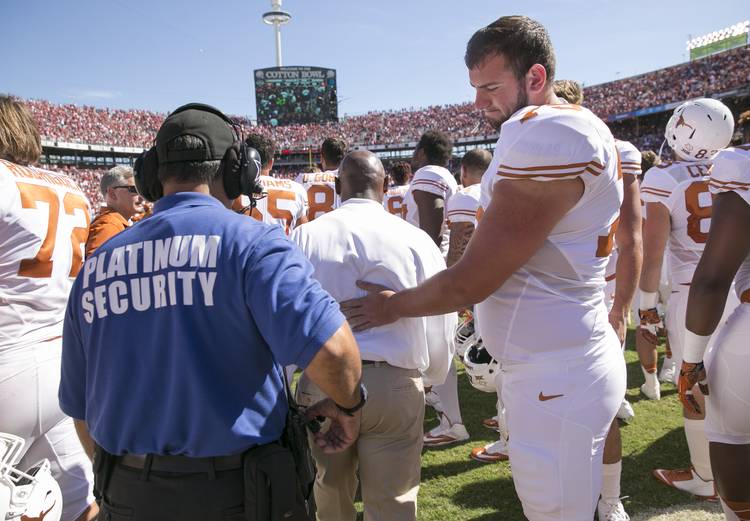 When Texas holds its first practice of the spring, Garrett Thomas will not be with the team.

On Tuesday, a Texas spokesperson confirmed that Thomas had left the football program. Thomas would have been a junior offensive lineman this fall. Thomas, who is studying government at the school, will instead focus on completing his degree.

A three-star signee out Many, La., Thomas joined UT’s football team in 2015. He redshirted in 2015 and then played in just UT’s 41-7 win over UTEP the following year. Thomas opened this past season on the injury report and never appeared in any games.

Even without the 6-7, 300-pound Thomas, Texas won’t be lacking depth at the tackle positions. Calvin Anderson, who started the past three seasons at Rice, officially signed with UT as a graduate transfer this week. Rising sophomore Derek Kerstetter started 10 times at right tackle last year, and returnees Elijah Rodriguez and Denzel Okafor also have starting experience.

On Monday, Texas coach Tom Herman said that “the sky is the limit for (redshirt freshman) Sam Cosmi.” Mikey Grandy, a transfer from the College of San Mateo, will also go through spring drills with the Longhorns.