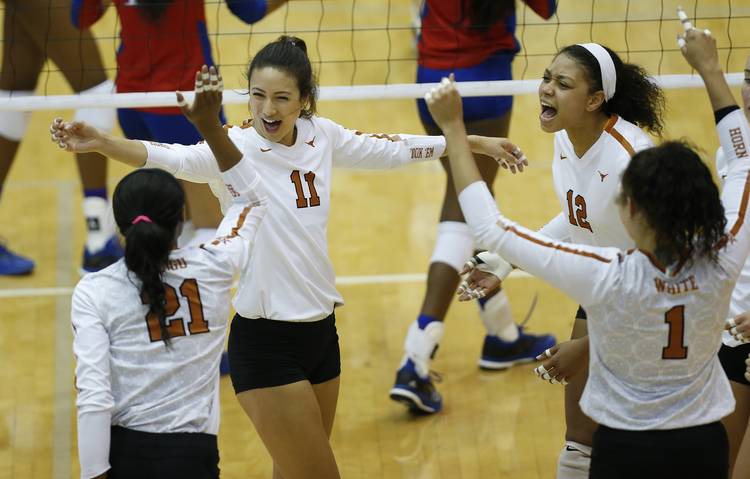 Sun is eligible to play this year, which will be her sophomore season. The 6-2 outside hitter also visited USC and Wisconsin before settling on Nebraska, which won the NCAA title in 2017.

Sun announced in February that she would transfer from Texas.

“After visiting Nebraska for the first time, I found that overall the program is the best fit for me when taking into consideration what the entire program has to offer,” Sun said in a press release. “I cannot wait to be a part of the enthusiastic Husker volleyball family and am so excited to experience it with my new teammates very soon. I want to thank my family, whom I consider my number one support system. I am so thankful to have them by my side in this journey. We all can’t wait to be Huskers.”

You better believe 🌽🌽🌽 moved high up the list of Coach @jcook2’s favorite desserts, thanks to @lexiisun! #GBR #Huskers ☀️ pic.twitter.com/FK8D2PDzuD

A California native, Sun arrived at Texas in 2017 as the nation’s top-rated recruit. She earned all-Big 12 honors this past season and won the conference’s freshman of the week award on three occasions. Her 3.27 kills per set ranked behind only Micaya White’s 3.4.

Without Sun, Texas will host Texas A&M in a springtime scrimmage on Wednesday night.

What are the odds that in 364 days Texas basketball will be celebrating a championship?