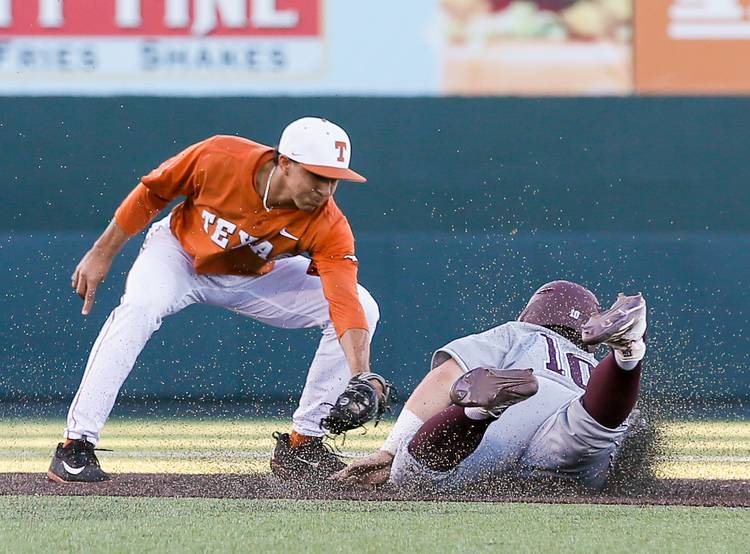 COLLEGE STATION — Texas was unable to recover from an early deficit in a 6-5 loss at Texas A&M, the 22nd-ranked team in the D1Baseball poll.

Texas A&M jumped out to an early lead at Blue Bell Park, chasing UT freshman starter Nico O’Donnell from the game during a four-run first inning. The Longhorns issued their response in the fifth frame as Kody Clemens and Zach Zubia drove in three runs.

Texas A&M, however, never lost its advantage on the scoreboard. Hunter Coleman’s two-run single in the sixth inning turned out to be the game-winning hit. UT scored once in the seventh and eighth innings, but the Longhorns left a runner in scoring position in four of the final five frames.

Tuesday’s game was played in front of an announced crowd of 7,537, the largest at Blue Bell Park since 2012.