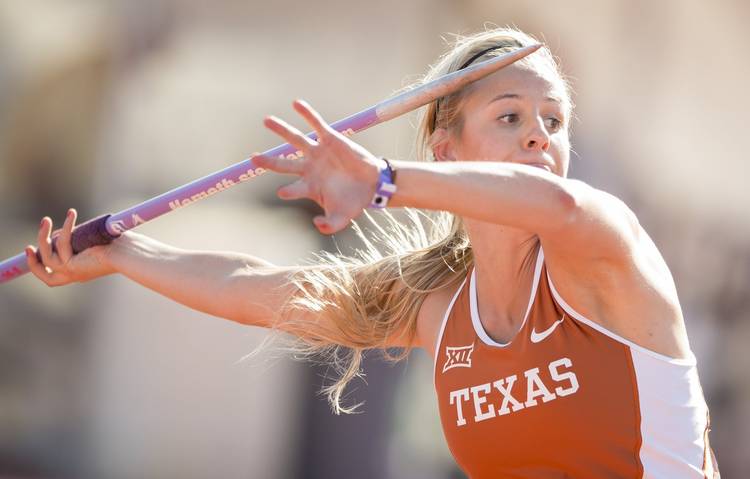 The Texas track and field teams took five wins on the first day of the Texas Invitational at Myers Stadium Friday. The men’s and women’s teams lead the competition through eight events.

Fabian Dohmann won the javelin with a mark of 234 feet, 6 inches. On the women’s side, Haley Crouser won as she recorded a distance of 167-2.

“The distance events were so exciting to watch,” said interim head coach Tonja Buford-Bailey. “We have a really solid distance group and they really show themselves working together out here. Meghan Lloyd and John Rice are going to do so well in the steeple. It’s going to be fun to watch for the rest of the season.”

Tripp Piperi took another win for the men, finishing at the top of the rankings in the shot put with a mark of 64-3 1/4.

In the women’s long jump, Georgia Wahl came away with a second-place finish. She posted a mark of 19-11 3/4 for a personal best.

Lauryn Caldwell and Elena Bruckner finished in the top-5 of the shot put. Caldwell took third with a mark of 48-0 while Bruckner was fifth with a distance of 47-5 1/4.

The Texas track and field squad concludes competition at the Texas Invitational on Saturday.

Texas baseball pulls off comeback to open series with OU

UT Co-op aims to remake itself after ‘challenging times’