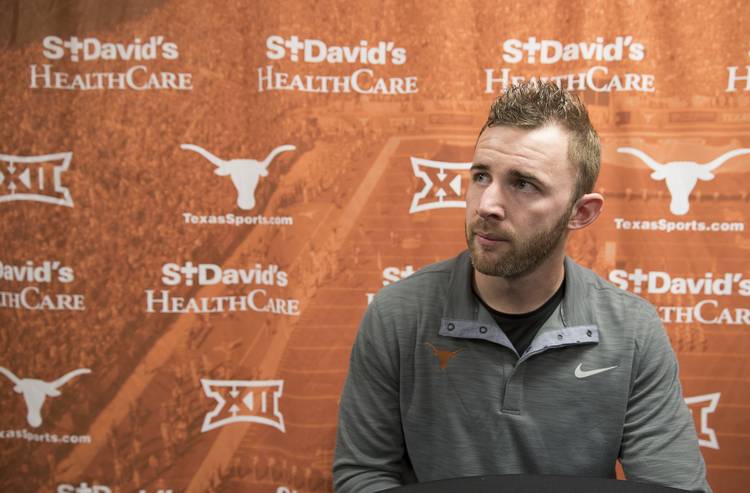 Texas extended its 15th offer of the 2020 class Tuesday night when the Longhorns offered wide receiver Troy Omeire. The 6-foot-3.5, 205-pound product of Fort Bend Austin is a four-star prospect with a big frame an impressive offer list for a sophomore.

He picked up an offer from Texas A&M during a visit in January and has piled up offers from Arkansas, Louisville and Georgia since.

Omeire was a first-team all-district selection in 2017, finishing his first varsity season with 39 receptions for 742 yards and eight touchdowns. He’s big, athletic receiver who plays club 7-on-7 with Texas Team Elite. He joins North Forest’s Demond Demas as the only in-state sophomores with offers at the wide receiver position.

Breakfast with Bevo: Who’s on first, What’s on second, I Don’t Know’s on third? Hint — they’re all Jake McKenzie