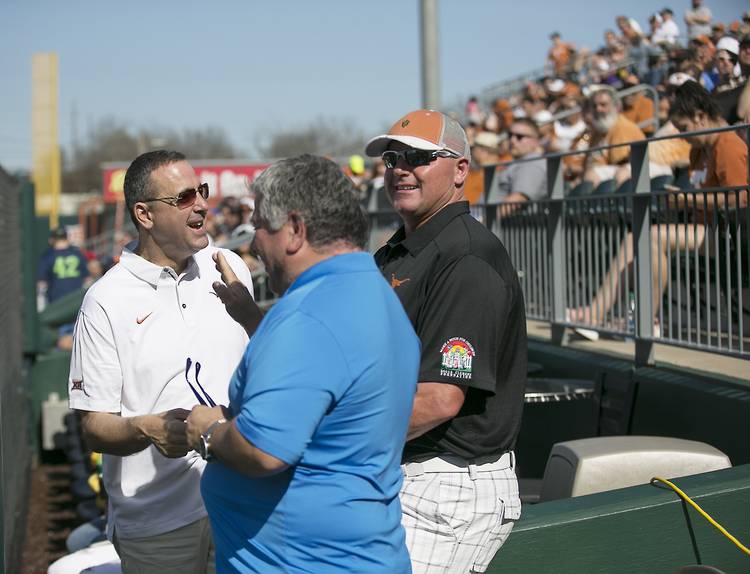 Roger and Debbie Clemens have pledged $1 million to Texas’ baseball program, the school announced on Tuesday.

The donation, which was made on behalf of the Roger Clemens Foundation, will go toward a fundraising goal of $9 million. Texas is currently fundraising for the building of an indoor training facility.

According to UT, its baseball program is the only one in the Big 12 without an indoor training area. With the start of construction set for this summer, Texas plans to open the facility in 2019.

“The Clemens family absolutely bleeds orange,” UT athletics director Chris Del Conte said in a statement. “This gift truly underscores their love for Texas. Their generosity will help our baseball program continue to grow and prosper for years to come.”

Roger Clemens, of course, played at Texas from 1982-83. He pitched the Longhorns to a NCAA championship in his final game with the Longhorns. Clemens, who went onto win seven Cy Young awards over his 24 major-league seasons, had his No. 21 retired at Texas in 1993.

“On my way to a 24-year career in the major leagues, I can say for me it all started right here at The University of Texas. I have fantastic memories that I carry with me now and forever from The University and our city of Austin.” Clemens said. “When I was at Texas, we had the best facility in the nation. Now with the addition of the indoor complex and training facility, it will once again be the best place to play, workout and take your game to the next level. I hope all of you will be proud of it!”

Golden: Lil’Jordan Humphrey, Collin Johnson will be gamebreakers for Texas in the fall