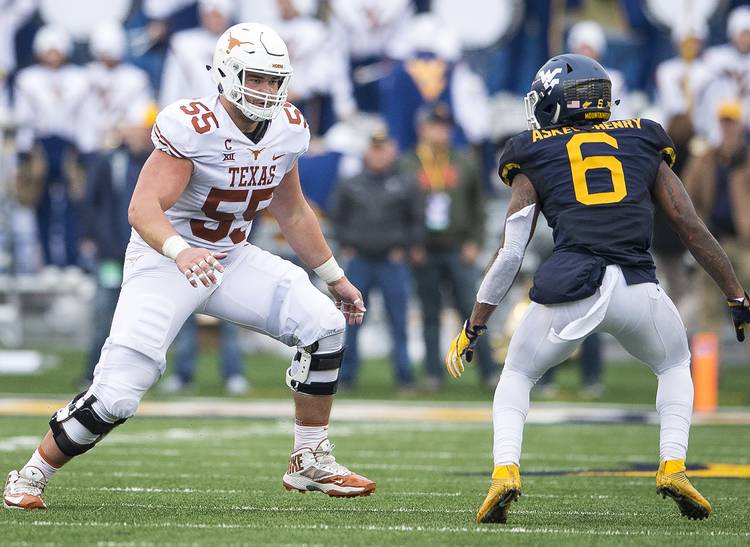 Former Texas offensive lineman Connor Williams was selected by the Dallas Cowboys in the second round of the NFL Draft on Friday.

Williams, who hails from nearby Coppell, was the 50th overall pick. Williams becomes the first lineman drafted out of Texas since Tony Hills was a fourth-round pick in 2008. Dallas last drafted a Longhorn in 2015 when it used a seventh-round pick on tight end Geoff Swaim.

Williams attended the draft. In a post-pick interview, an emotional Williams told ESPN that “It’s a dream come true.”

With the 50th pick in the #NFLDraft, the #DallasCowboys select @cwill from @TexasFootball. #CowboysDraft pic.twitter.com/oytM4eTzQA

Once a three-star prospect, the 6-5, 296-pound Williams became UT’s starting left tackle during his freshman year. As a sophomore, Williams was a consensus All-American who blocked for 2,000-yard rusher D’Onta Foreman. Williams suffered a knee injury during the third week of the 2017 season, but he returned for the final two games of the regular season.

Among the NFL-bound Longhorns, Williams has long been considered the top prospect. When he first declared for the NFL Draft in November, Williams was projected by some as a top-ten pick. Williams’ stock, however, dipped during the draft process as questions mounted about his health, junior season and the position he’d play professionally.