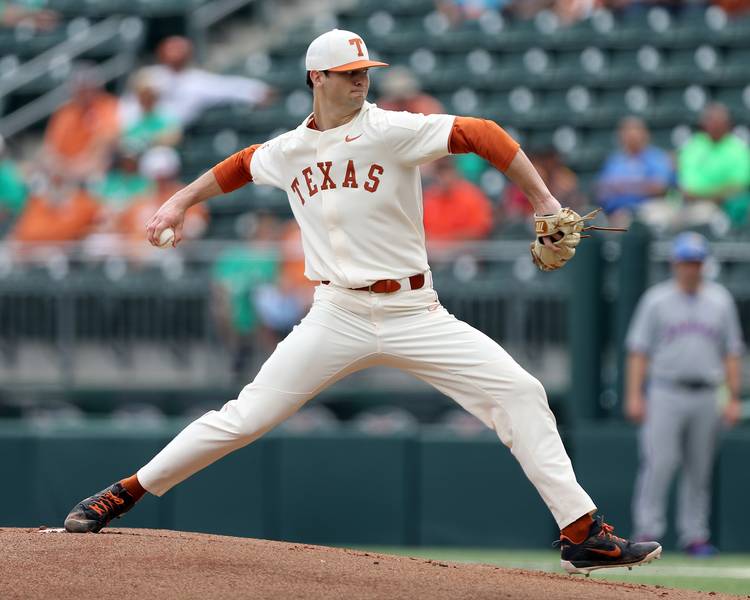 A four-run rally in the bottom of the eighth inning helped West Virginia secure an 8-3 victory over Texas on Sunday afternoon in Morgantown, W.Va.

Texas jumped on top Sunday with a pair of runs in the first inning. Masen Hibbeler walked and advanced to second on Duke Ellis’ bunt single. Zach Zubia reached on an error, with Hibbeler scoring, and David Hamilton’s RBI groundout made it 2-0.

West Virginia responded with three runs in the fourth on Kyle Gray’s run-scoring groundout and RBI singles by Tyler Doanes and Connor Hamilton. The Mountaineers got another in the sixth on a wild pitch, but Texas closed the gap to 4-3 in the seventh on consecutive singles by Tate Shaw, Hibbeler and Ellis.

The Horns let the game get away from them in the eighth as Doanes smacked a bases-loaded triple and scored on Andrew Zitel’s bunt.

Isaiah Kearns (3-1) got the victory, pitching 6 1/3 innings and giving up three runs — two earned — on four hits and three walks with five strikeouts. Blair Henley (5-6) took the loss, giving up four earned runs on eight hits in six innings while striking out five and walking three.