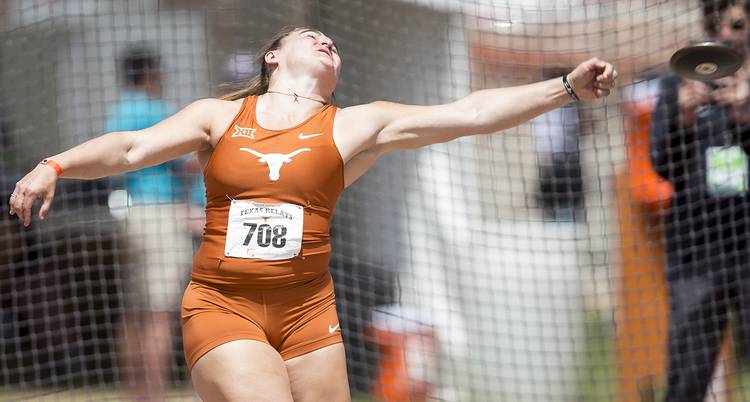 The Texas track and field team advanced six Longhorns to the NCAA Championships at the NCAA West Preliminaries in Sacramento, Calif., late Friday.

Five women and one man advanced to compete in Eugene, Ore., making it seven total qualifiers from the competition so far.

Elena Bruckner posted a season best throw, 175 feet, 10 inches, in the discus to qualify for the Championships.

Kally Long tied for sixth in the pole vault to advance to the competition in Eugene.

Serenity Douglas finished the 400 meters in 52.42 seconds to punch her ticket to the NCAAs.

John Rice was the lone competitor from the men’s team to advance Friday. He won the 3,000-meter steeplechase with a personal best time of 8 minutes, 43.35 seconds to qualify.