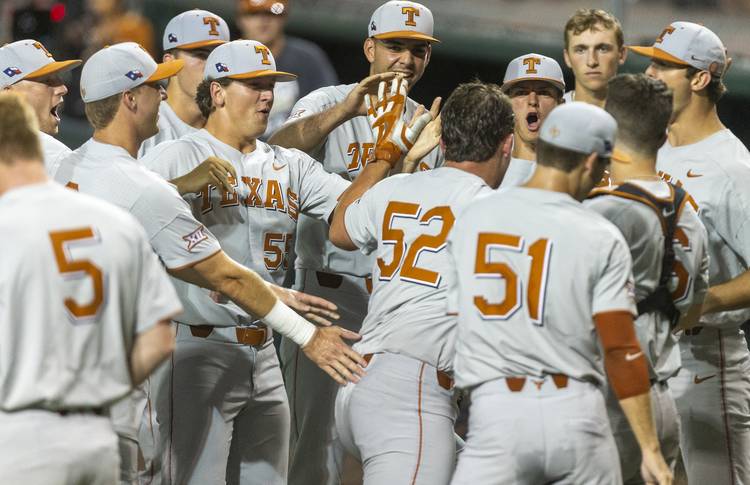 On Sunday at UFCU Disch-Falk Field, Texas rallied past Indiana and into the super regionals for the 10th time in school history.

With a trip to the College World Series on the line, Texas (40-20) will next meet the winner of Ole Miss’ regional in a best-of-three series. Texas will travel to Ole Miss if the Rebels claim their regional title on Monday. The Longhorns will stay at home if either Tennessee Tech or Missouri State can knock off Ole Miss, the NCAA tournament’s four seed.

After notching the evening’s opening score, Texas faced its first deficit of the regional after Indiana scored two unearned runs in the third inning. In the sixth inning, freshman designated hitter Zach Zubia tied the game with a solo homer. One inning later, Kody Clemens hit a two-out double to move David Hamilton home from first base.

On Sunday, sophomore Blair Henley tied his career-high with eight strikeouts over 7 1/3 innings. Josh Sawyer and Parker Joe Robinson finished out the eighth inning for Texas, although a barehanded highlight from third baseman Ryan Reynolds was the session’s key play. Indiana loaded the bases with one out in the final frame, but Chase Shugart entered the game and struck out the game’s final two batters.

Indiana, which eliminated Texas A&M earlier in the day, finished its season with a 40-19 record.