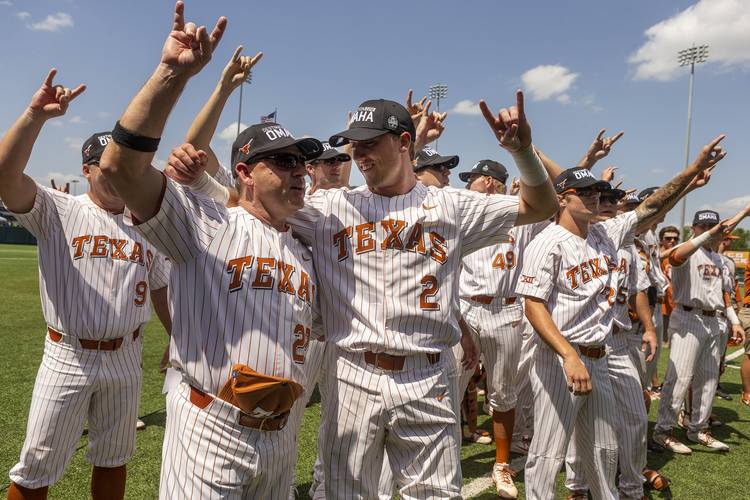 When the College World Series gets underway this weekend, Texas and Arkansas will meet for a Sunday matinee.

Texas and Arkansas will play in the College World Series’ third game, the NCAA announced on Monday night. First pitch for the Longhorns and Razorbacks at Omaha’s TD Ameritrade Park Omaha on Sunday is scheduled for 1 p.m. CST.

The game will be televised on ESPN.

Texas (42-21) and Arkansas (44-19) took similar paths to the College World Series. After sweeping through a regional at home, both teams earned a win on Monday in the third game of the super regional they were hosting. Texas advanced to College World series for the 36th time with a 5-2 win over Tennessee Tech. Arkansas, meanwhile, moved on with a 14-4 win over South Carolina.

Two of Arkansas’ 44 wins were 13-4 and 7-5 victories over Texas. Those midweek games in Fayetteville were played from March 13-14.

Was an undershirt the MVP of Texas’ NCAA super regional?