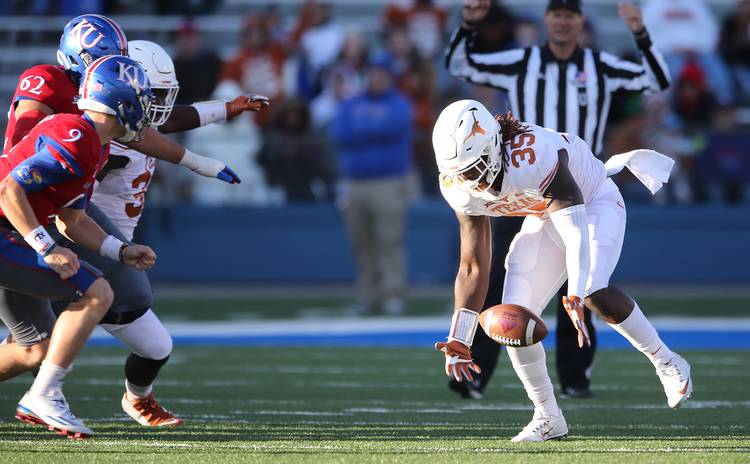 Freeman announced in a Twitter post that he plans to leave Texas as a graduate transfer, which would make him eligible to play this fall. Freeman graduated this spring with a degree in physical culture and sports and a minor in business.

A four-star recruit from Arlington Bowie, Freeman signed with Texas in 2014. He redshirted in 2014 but played the last three seasons.

Used on special teams and in a back-up role, the 6-1, 250-pound Freeman appeared in 11 games this past season. With middle linebacker Anthony Wheeler back for his senior year, Freeman would have likely been a back-up again in 2018.

Wheeler made the five starts of his career during the 2016 season. As a sophomore, he recorded a two-turnover game against Kansas State and a nine-tackle performance at Texas Tech. Forty-nine of Freeman’s 67 career tackles were earned in 2016.

Freeman departs Texas during what has been a slow off-season for the Longhorns. Receiver Reggie Hemphill-Mapps left the team in February and eventually transferred to Trinity Valley Community College. Earlier this year, tight end Garrett Gray and offensive lineman Garrett Thomas both decided to quit playing football.