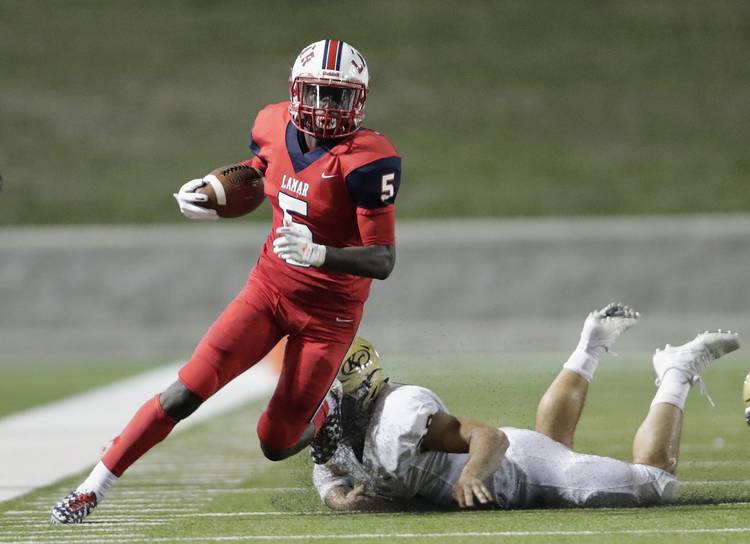 After shutting down receivers in high school, D’Shawn Jamison will attempt to catch on at a new position at Texas.

Jamison was listed as a wide receiver in the media guide that was distributed at the Big 12 Media Days on Monday. Jamison signed with Texas as a cornerback. He was a four-star recruit and all-state honoree at Houston Lamar.

The Longhorns have moved Jamison despite the freshman not having much of a track record as a receiver. The 5-10, 180-pound Jamison scored seven touchdowns during his senior year, but only one of those scores was registered on the Texans’ offense. According to Houston Lamar’s MaxPreps page, Jamison did not record a reception in high school.

Jamison does have some offense in his background. In 2017, Jamison told the American-Statesman’s Mike Craven that “I switched positions to play defensive back at Lamar because we’re known for putting cornerbacks in college. I was a running back before high school.”

With his size, Jamison likely projects as a slot receiver. Reggie Hemphill-Mapps’ transfer in the off-season cost Texas 37 receptions at the position. UT worked out junior Lil’Jordan Humphrey, senior Jerrod Heard and redshirt freshman Jordan Pouncey in the slot during spring practices.