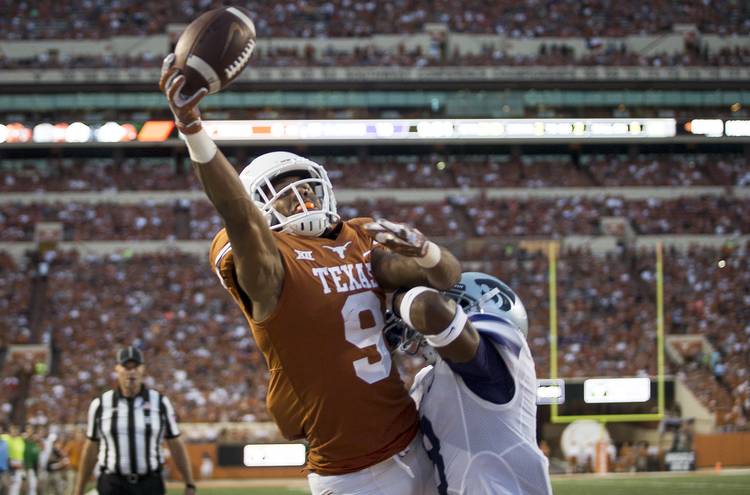 This season, Texas junior Collin Johnson will attempt to haul in passes and a big award.

The 6-6, 220-pound Johnson appeared in all 13 of UT’s games last season and he made nine starts. Johnson led the Longhorns in receptions (54) and receiving yards (765). He also caught two touchdown passes.

Johnson’s standout moment came in Texas’ 27-24 loss at USC on Sept. 16, 2017. In that double-overtime defeat, Johnson turned seven receptions into 191 yards.  Those 191 yards were the fourth-most in UT history. No Longhorn has ever compiled more receiving yardage in a road game.

Johnson’s Biletnikoff Award campaign will begin against Maryland on Sept. 1. Last year against the Terrapins, Johnson earned his first-ever 100-yard performance. In 2017, Maryland ranked 71st nationally against the pass (228.6 yards per game).