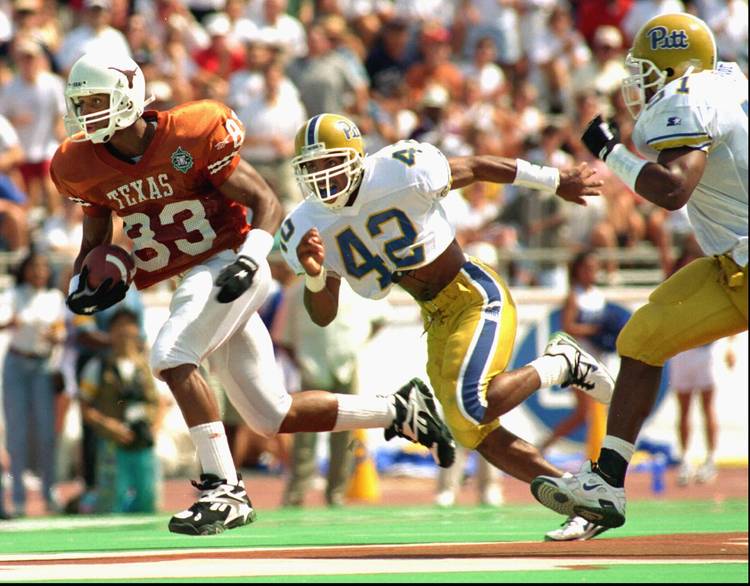 Reagan High School in Austin will have a revamped coaching staff with a burnt-orange tinge this season. Former Texas receiver Mike Adams will serve as the Raiders’ offensive coordinator under new head coach A.J. Mustafa.

The 44-year-old Adams enjoyed a spectacular career for the Longhorns from 1992-96. A graduate of Houston High School in Arlington, Adams earned three all-conference honors during his time at Texas. He graduated as the Longhorns’ all-time leading receiver in yards and receptions as well as all-purpose yards. He established a handful of new records for Texas, including the mark for consecutive games with a reception, career 100-yards receiving games and career kickoff and punt return yards.

Adams currently ranks third in Texas history with 5,822 all-purpose yards, trailing Ricky Williams and Cedric Benson. He is sixth on the school’s all-time receptions list with 177 and third on the all-time receiving yardage list with 3,032.

Adams played one season in the NFL before suffering a serious knee injury as a rookie for the Pittsburgh Steelers.

Mustafa, a 16-year coaching veteran who is a graduate of Stephen F. Austin University, replaced Keith Carey last month as Reagan’s head coach. He previously served as offensive coordinator at Spring Woods, which is part of the Spring Branch school district in western Houston.

In his six seasons at Reagan, Carey led the Raiders to a 19-42 record and three playoff berths. Reagan went 2-8 last season, including 2-4 in District 25-5A.

The Raiders will compete in District 12-5A Division I this upcoming season against fellow Austin school district teams from McCallum, Lanier, LBJ, Crockett and Travis as well as Seguin and Dripping Springs.