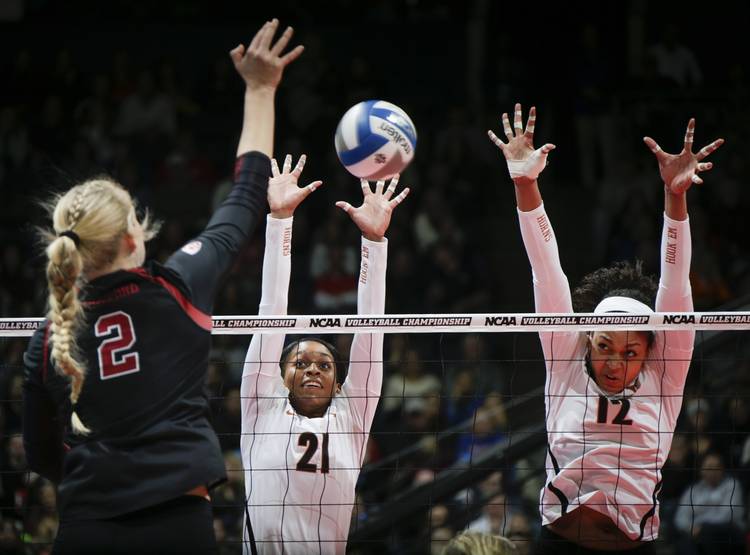 In each of the past two years, Texas has had its volleyball season ended by Stanford in the NCAA tournament. This fall, Texas and Stanford will reunite in September.

On Sept. 11, the Longhorns will travel to Palo Alto, Calif., for a rematch between two teams that will likely be top-ten programs when the AVCA releases its preseason poll on Wednesday. Three days later, Texas and Stanford will return to Austin for another non-conference match. Texas last participated in a home-and-home non-conference series in 2014 (Florida).

Texas head coach Jerritt Elliott said he and Stanford’s Kevin Hambly came up with this plan when they met up for dinner on the recruiting trail.

“He’s a big believer in scheduling tough as well. It was a very easy conversation,” Elliott said.

Elliott told the American-Statesman on Tuesday that he has had trouble getting top-flight teams — also known as schools that would benefit UT’s RPI and ticket sales — to commit to travelling to Austin. Of the nine non-conference matches that Texas has hosted the past two seasons, only three featured a ranked guest. Elliott also said he was looking into mini-tournaments in the future in which Texas would “go to one (high-level) team on a Tuesday and come back and play another team on a Friday or Saturday.”

Elliott added that another benefit of a home-and-home series with a school like Stanford is not having to provide guarantee payouts for lower-tier guests. Said UT’s 18th-year coach: “That way we’ll get more quality matches at home for our fans. Our goal is to schedule tough and learn from that and see where we are. It’s kind of double-sided.”

One team that Elliott said he may try to work out a home-and-home series with? Northern Iowa.

The Panthers have reached the NCAA tournament in 10 of the last 12 seasons, so playing the Missouri Valley Conference stalwarts wouldn’t hurt UT’s RPI. Northern Iowa’s longtime coach is also the mother of Texas freshman libero Sydney Petersen. Petersen’s twin sister, Baylee, is an outside hitter at Northern Iowa.

“We’re both pretty competitive, so I think we’d like it and we’d fight about it for a little bit,” Sydney Petersen said of potentially playing her sister. “It’d be fun.”