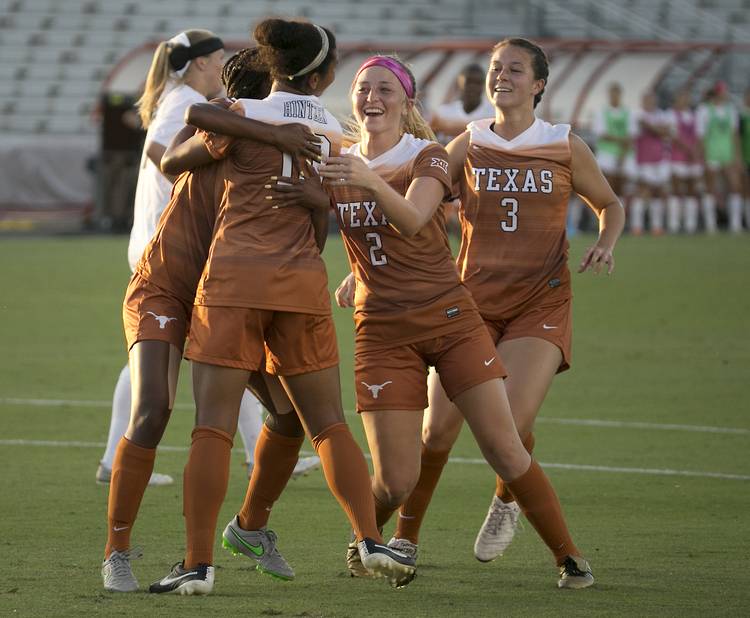 A day after it was announced that Texas would start the 2018 season ranked No. 17 by the United Soccer Coaches association, a pair of Longhorns were named to the preseason All-Big 12 soccer team.

Forward Cyera Hintzen and Haley Berg, who plays forward and midfield, were named to the team Wednesday. Berg earned a spot on the team as a midfielder.

It’s the second year in a row that Hintzen earned a spot on the preseason squad. The junior was an All-American last season and led the Big 12 with 25 points. She tied for the league lead in goals with 10. Hintzen provided the Longhorns with six match-winning goals last season.

Berg is coming off a season in which she earned the honor as the Big 12’s freshman of the year. She scored six goals and notched 16 points. Berg also scored three match-winning goals for Texas.

The Longhorns open the season on Friday with an exhibition against Texas A&M-Corpus Christi at 7 p.m. at Myers Stadium.

Ahead of 2018 volleyball season, Texas ranked third in national poll