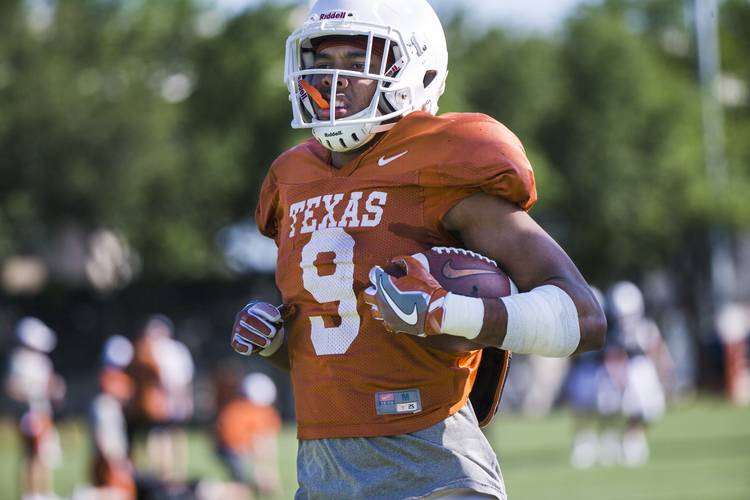 Texas wide receiver Collin Johnson is on the Earl Campbell Tyler Rose Award watch list for the 2018 season, it was announced Tuesday at the Tyler Area Chamber of Commerce East Texas Kick-Off Luncheon.

Johnson is also on the watch lists for the Biletnikoff, Walter Camp and Wuerffel awards.

The junior has 82 catches for 1,080 yards and five scores in his career at Texas. Last season he totaled 54 receptions for 765 yards and two touchdowns. His best game of 2017 came during the Longhorns’ third contest, a 27-24 loss to Southern Cal. Johnson caught seven passes for 191 yards, a record for most receiving yards on the road for a Longhorn.

The Earl Campbell Tyler Rose Award goes to the top offensive player who exhibits the enduring characteristics that define Campbell. Nominees must be either born in Texas, a graduate of a Texas high school or play for a Texas-based junior or four-year college.

Campbell led the nation in rushing in his senior year, gaining 1,744 yards to go with 19 touchdowns on the way to winning the Heisman Trophy, the first for the Longhorns.

Past winners of the Earl Campbell Tyler Rose Award