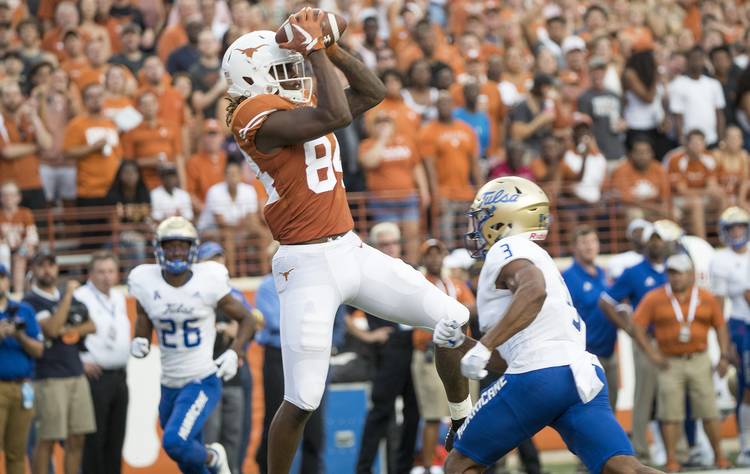 Texas Longhorns wide receiver Lil'Jordan Humphrey (84) pulls the ball in for a first down in the first half against Tulsa Golden Hurricane safety Cristian Williams (3) in the NCAA college football game, at Darrell K Royal-Texas Memorial Stadium, in Austin, Texas Saturday, Sept. 8 , 2018 RICARDO B. BRAZZIELL / AMERICAN-STATESMAN

Lil’ Jordan Humphrey is emerging as a primary weapon in the Texas offense. The sophomore wide receiver showed his skill set in scoring a 40-yard touchdown during the second quarter against Tulsa.

After hauling in a pass from Sam Ehlinger, Humphrey broke a pair of tackles along the sideline to widen Texas’ lead to 21-0.

Humphrey also had a highlight grab on the Longhorns’ opening drive to set up a touchdown. After his second-quarter touchdown, he had four catches for 90 yards.