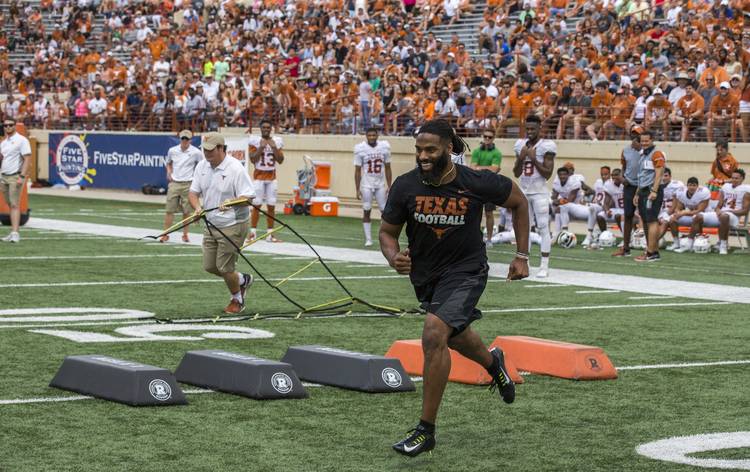 Texas Longhorn legend Michael Griffin competes against a student during the Orange and white spring football game at the Darrell K Royal–Texas Memorial Stadium on Saturday, April 15, 2017 RICARDO B. BRAZZIELL/AMERICAN-STATESMAN

In Episode 110 of the On Second Thought podcast, Texas legend Michael Griffin joins Kirk and Cedric and breaks down the Texas defense entering a big matchup against USC. He also discusses being inducted into the Texas Hall of Honor and his favorite moments as a Texas football player. Also, Dallas sports media personality Jean-Jacques Taylor gives his take on the shaky Dallas Cowboys with a huge test coming up Sunday night against the New York Giants.