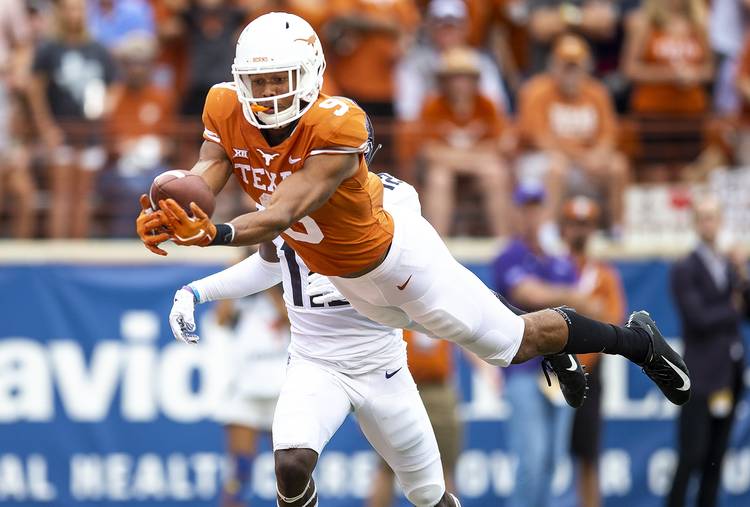 Tom Herman may not believe in momentum, but he’s going to have a hard time attaching anything else to the sequence that put Texas ahead of TCU in the third quarter on Saturday.

It started with a diving touchdown catch by Collin Johnson, a play that is quickly becoming the Texas junior’s calling card. Check out that extension.

I believe I can flyyy 🎶

A few seconds later, Longhorns freshman safety Caden Sterns was bearing down on the TCU end zone after his second interception of the game. Sterns was ruled out of bounds after a review, but Sam Ehlinger scored a couple plays later to make the score 24-16.

Less than 20 seconds of game time elapsed as Texas put 14 points on the board. Whatever you want to call it, Royal-Memorial Stadium was going nuts.