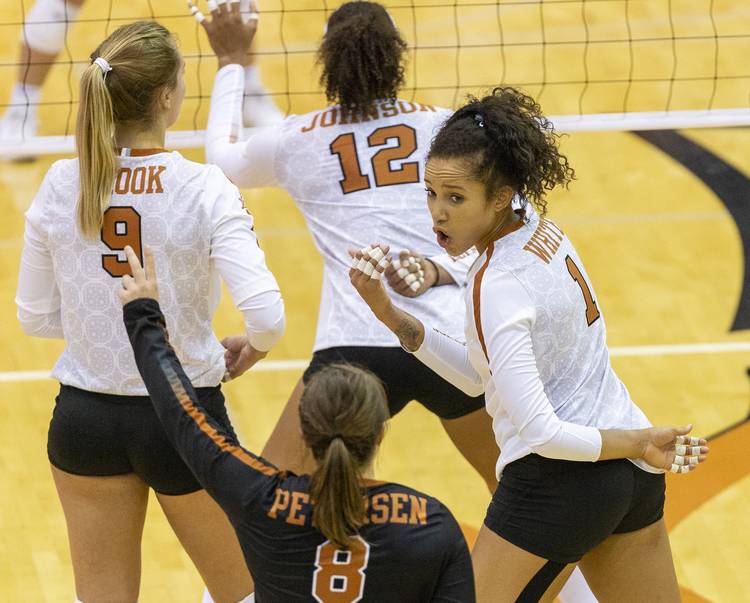 On Monday, Texas moved up to the fourth spot in the AVCA’s national volleyball poll.

With 1,356 points and none of the poll’s 64 first-place votes, Texas trails top-ranked BYU (1,595 points; 59 first-place votes) by a healthy margin. Texas was listed fifth in the rankings that were released on Sept 17. In their only match last week, the Longhorns held off Kansas State’s upset bid in a five-set contest in Manhattan, Kan.

Earlier this summer, Texas and Baylor were the top two teams in the Big 12’s preseason poll. In its history, Texas has compiled an 81-2 record against Baylor.