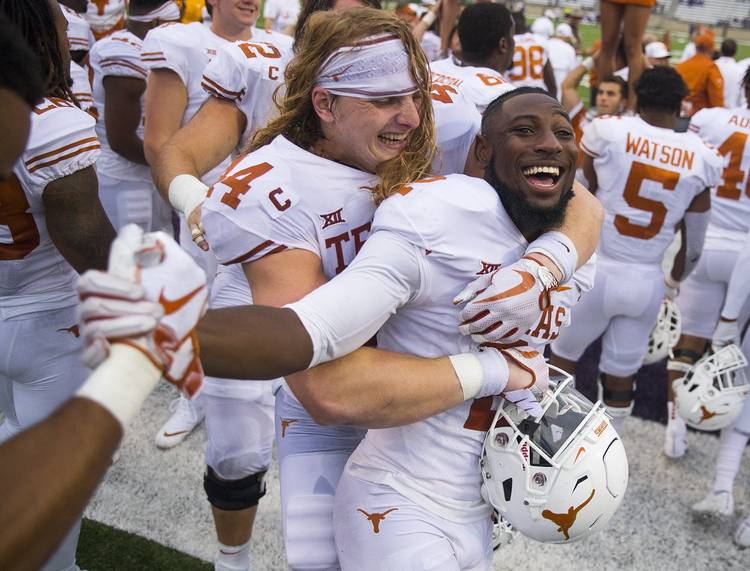 Texas won’t get any style points for the way it beat Kansas State on Saturday, but there was no faking the joy the Longhorns felt after a fourth-straight victory.

Need proof? Check out this video of the team singing “Texas Fight” in the locker room after the game. American-Statesman reporter Brian Davis tweeted that he could hear the Longhorns from outside. “Damn, it’s loud.”

It’s been a long time since Texas won in Manhattan. Sixteen years to be exact. And — in case you somehow didn’t know — that 2002 victory was the only time the Longhorns had beaten the Wildcats on their home turf. It all changed Saturday.

And while even coach Tom Herman said his team ‘won ugly,’ Texas was singing a joyous chorus as it walked off the field at Bill Snyder Family Stadium.

The Eyes in Manhattan. pic.twitter.com/ZbeWJeGnF7