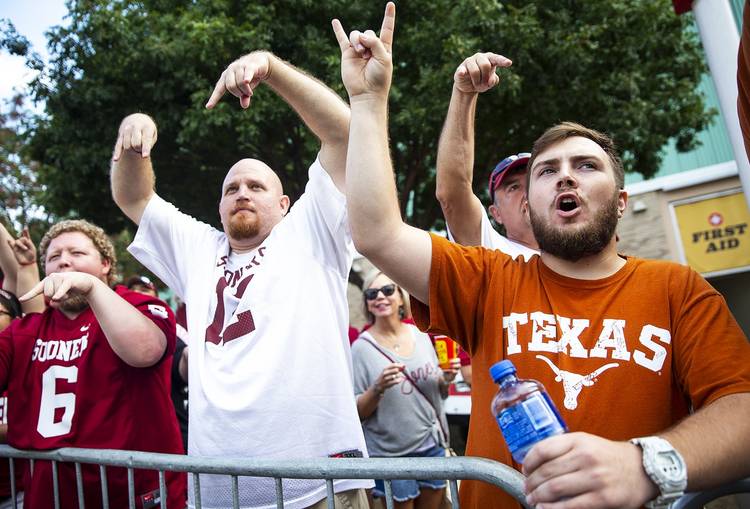 Upon entering the State Fair of Texas, fans of the Longhorns and Sooners had a choice to make.

They could do the usual scavenger hunt for various fried foods, or they could crowd in front of one of the many cameras blasting the scene to the nation. ESPN and Fox Sports pitted their pregame shows head-to-head, a rare treatment even for one of the sport’s greatest rivalries.

Our social reaction feed brings you all the best fan videos, photos and musings, starting with the craziness of ‘College GameDay’ and ‘Fox College Football Pregame.’

Fans in the north end zone rather emphatic today about the feeling for OU. pic.twitter.com/TJpLsYq1FZ

If Sam Ehlinger pulls this game off. He needs to be in the Heisman conversation. #hookem

Oklahoma can run whatever play they want against this Texas defense and get 10 yards. This is not good. #HookEm #RedRiverRivalry