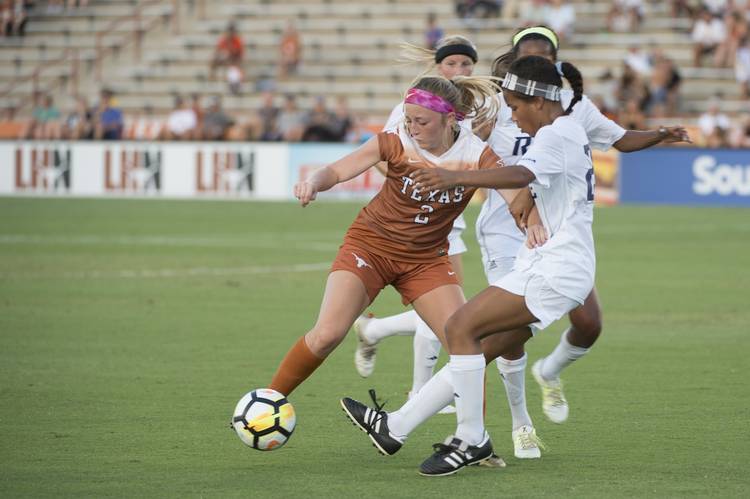 MORGANTOWN, W.Va. —  No. 16 West Virginia got a pair of goals late in the second half to knock off the 13th-ranked Texas soccer team 2-1 in a Big 12 match Sunday afternoon.

The Longhorns jump ahead 18 minutes, 6 seconds into the game as sophomore Haley Berg knocked in her fourth goal of the season on an assist by junior Cyera Hintzen. It was Hintzen’s sixth assist, tying her with senior teammate Katie Glenn for the conference lead.

But Mountaineers defender Bianca St. Georges netted two goals in a span of 3:09, including the tying penalty kick at 76:37.

Longhorns junior goalkeeper Nicole Curry made five saves, including a diving stop on a point-blank shot from Hannah Abraham in the third minute.

Texas will return to action against Oklahoma at 7 p.m. Friday at Myers Stadium.