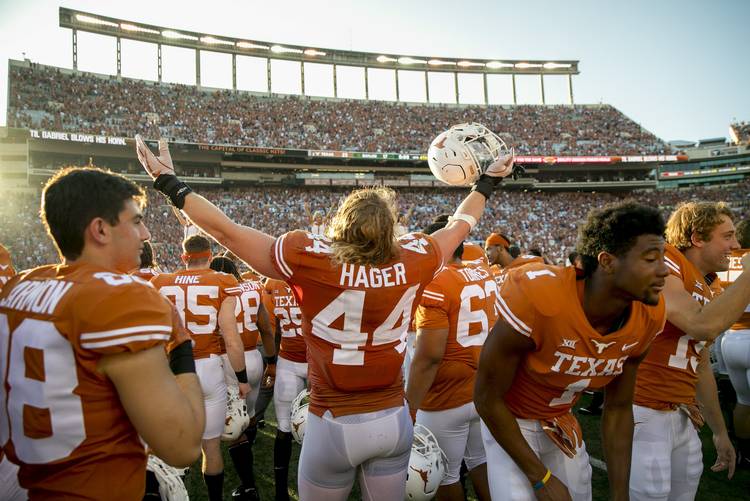 On what morphed into Survival Saturday, Texas found a way to beat Baylor for its sixth-straight win. The Longhorns were rewarded Sunday and moved up to No. 7 in The Associated Press Top 25 poll.

Saturday was a not a good day for top-10 teams. Georgia, West Virginia, Washington and Penn State all suffered upset losses. Notre Dame, Texas and Central Florida all escaped with close wins.

The Longhorns (6-1, 4-0 Big 12) are now bowl eligible — a mid-season treat given the last four years — and will have the week off. Texas does not play again until traveling to face Oklahoma State on Oct. 27.

“It’s go time,” linebacker Gary Johnson said after UT’s 23-17 win at Royal-Memorial Stadium. “It’s good to be bowl eligible, but I didn’t see a trophy out there that said we were Big 12 champions or bowl championships.”

As of now, Texas coach Tom Herman is not scheduled to address reporters for his normal Monday press conference. The UT coaches are scheduled to spend the week on the recruiting trail.

Role changes for Cameron Rising in the wake of Sam Ehlinger’s injury, but Texas debut must wait

By finding a third way to score, Lil’Jordan Humphrey accomplishes a rare feat at Texas