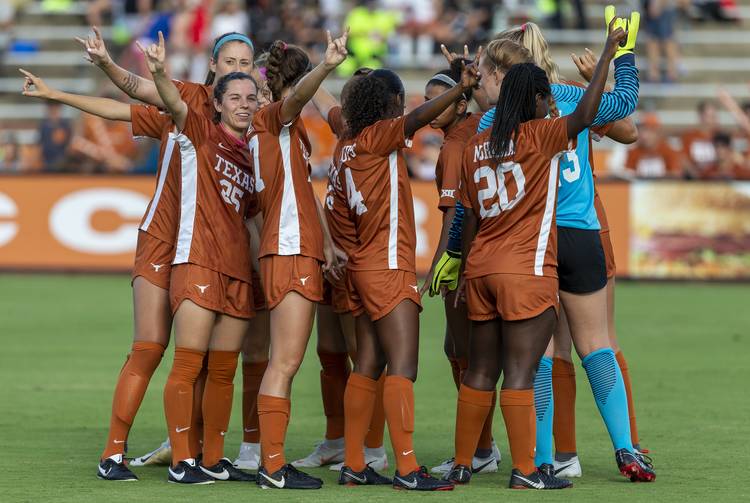 The Texas soccer team converted on a penalty kick in the first half and a late goal to defeat Kansas 2-0 Friday night at Myers Stadium.

Despite Kansas outshooting Texas 12-9, the Longhorns cashed in on more of their chances.

“Kansas is such a well-organized, well-coached team,” head coach Angela Kelly said on the team’s Twitter page. “Really happy with the three points, and most importantly the resiliency to fight for that second goal in the second half.”

Texas almost fell behind early, but a penalty kick by Ceri Holland hit off the crossbar and kept the game scoreless in the third minute.

The Longhorns earned a penalty kick 22 minutes later and Kayra Dollas converted on the shot to make it 1-0.

Neither team scored until Texas put the game out of reach in the 86th minute. Haley Berg took a great centering pass from reigning Big 12 offensive player of the week Alexa Adams and scored.

Just a terrific team play from the Longhorns to register a huge insurance goal by @haley_berg23! pic.twitter.com/EK1473mjzU