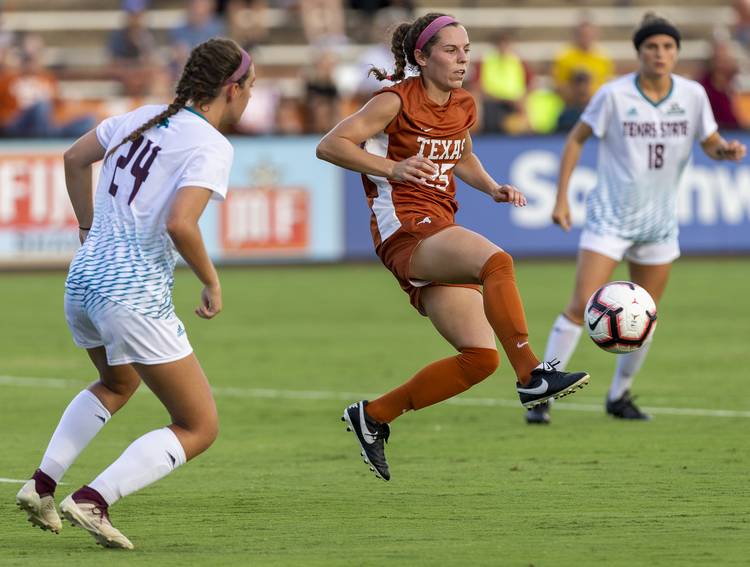 Kirsten Davis scored off a turnover in the 87th minute to help the Texas Tech Red Raiders defeat the Longhorns soccer team 1-0 in Lubbock Thursday night.

The loss ends a three-game conference winning streak the Longhorns took into the game. Texas finishes the regular season 13-2-2 and 5-2-1 in the Big 12.

Both teams took double-digit shots with the Longhorns putting three on goal and the Red Raiders putting six on frame.

Haley Berg, Julia Grosso, Chelsea Surpris and Katie Glenn each had two shots for Texas but only one was on goal.

Four minutes before Davis scored the winner, Nicole Curry made a save to keep the game scoreless. She ended the game with five saves while Marissa Zucchetto made three for the Red Raiders in the shutout.

The result finalized the seeds for the Big 12 Soccer Championship. Texas earned the No. 3 seed and faces sixth-seeded Kansas Sunday night at 8 p.m.

Baylor earned the regular season title and the No. 1 seed with a win over Oklahoma. They’ll take on Iowa State in the first round Sunday while the fifth-seeded Red Raiders face the No. 4 Horned Frogs.

West Virginia takes on Oklahoma Sunday in the first round as well.

The tournament semifinals will be played Friday, Nov. 2 with the championship scheduled for Sunday, Nov. 4.