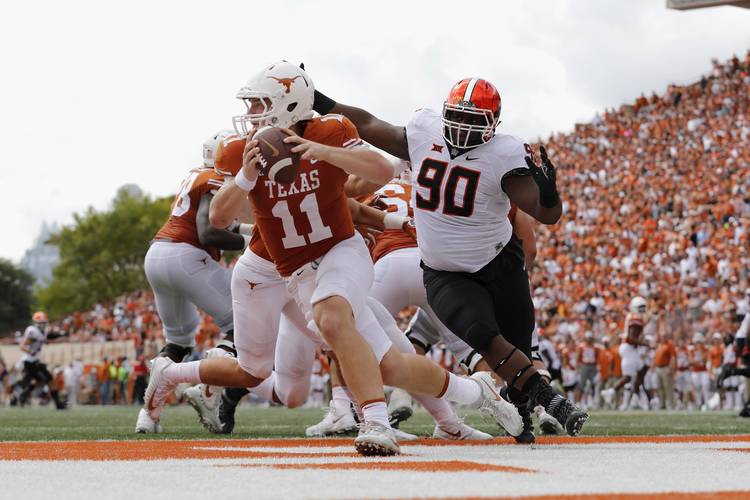 Sam Ehlinger #11 of the Texas Longhorns is forced to scramble under pressure by Taaj Bakari #90 of the Oklahoma State Cowboys in the second quarter at Darrell K Royal-Texas Memorial Stadium on October 21, 2017 in Austin, Texas. (Photo by Tim Warner/Getty Images)

In Episode 115 of the On Second Thought, Oklahoman columnist Jenni Carlson breaks down the struggles of the Oklahoma State Cowboys who are out to upset the No. 6 Texas Longhorns in Stillwater Saturday.
Also, Statesman fantasy football guru Cat Vasquez gives his breakout picks for the second half of the NFL season and examines the potential upside of the Dallas Cowboys trading for enigmatic wideout Amari Cooper.