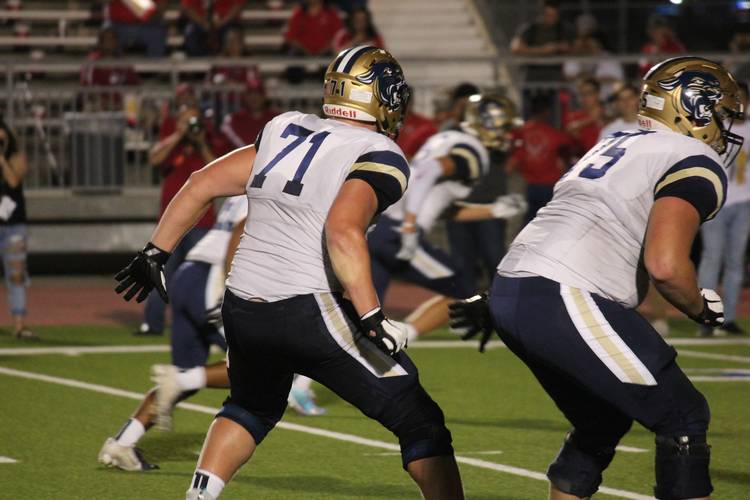 O'Connor left tackle Logan Parr is a top priority for Texas in the 2020 class. (Mike Craven)

The 2020 class is filled with in-state stars along the offensive line and Texas landed a big fish Sunday night when four-star offensive guard Logan Parr chose the Longhorns over TCU, Oklahoma, LSU and others. The 6-foot-3.5, 268-pounder holds 21 offers and is the No. 4-ranked guard in the 2020 class. He’s a national top 130 player and the second commitment of the 2020 class, joining four-star quarterback Hudson Card of Lake Travis.

“I talk to coach (Herb) Hand weekly. He’s intense, but I like the way he coaches. They’re playing well,” Parr said. “It felt like the right fit.”

Parr picked up an offer from Texas on Sept. 8 and quickly built a relationship with assistant coach Herb Hand. The future member of the Fabulous 55 wanted his decision over with and the improvement of Texas’ offensive line and his closeness with Hand gave the Longhorns the edge. The Longhorns now shift its focus on offensive line targets in the 2020 class like Jaylen Garth and Chad Lindberg.

Parr is the latest native of the San Antonio area to pick Texas under Herman. Derek Kerstetter signed in the 2017 class and has started at right tackle and guard, while 2018 signee Caden Sterns is pushing for freshman All-American status.