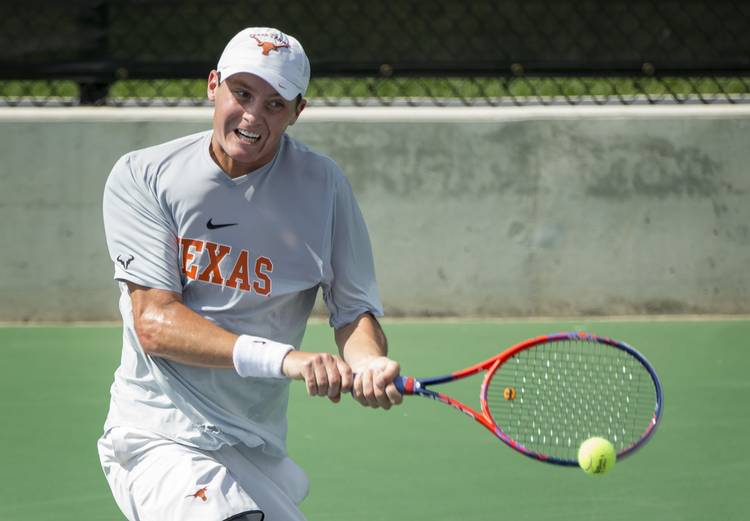 The Texas men came away with four wins Wednesday during the opening round of the ITA National Fall Championships in Surprise, Ariz.

Scott and Sigsgaard earned a 7-6 (6), 6-3 doubles win over Mac Kiger and Josh Peck of North Carolina.

Sigsgaard will next face Mitch Harper of Virginia Tech in the second round of singles.

In doubles, Scott and Sigsgaard will face Aziz Kijametovic and Francois Musitelli of Old Dominion.

Longhorns in the NFL: Malcolm Brown scores with spectacular sideline play in Week 9