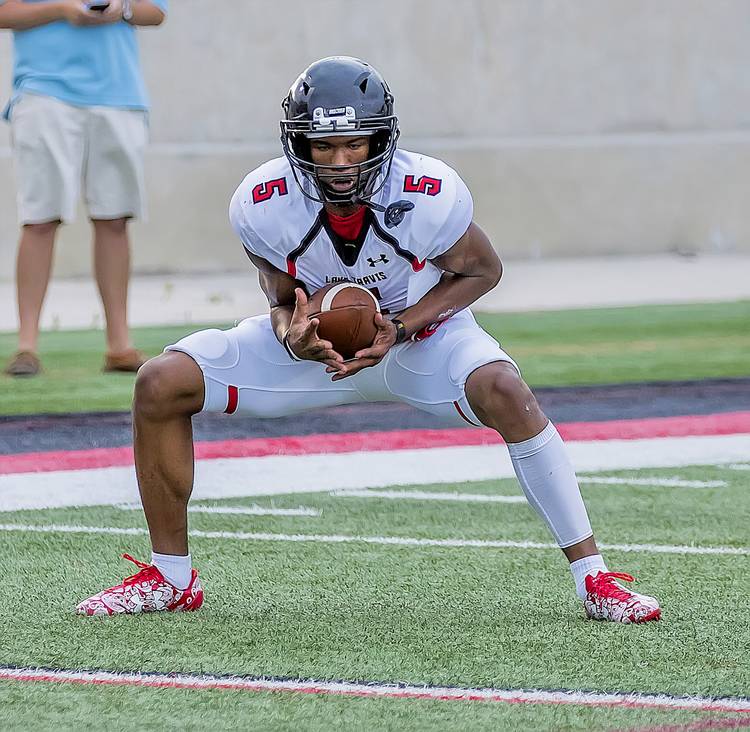 Lake Travis wide receiver Garrett Wilson is down to eight schools and the Longhorns remain in the mix for the 4-star wide receiver. Wilson is arguably the most important recruit for Texas in the 2019 class because of his proximity to campus. The No. 7-ranked player on the Fabulous 55 also listed Ohio State, TCU and Oklahoma among others.

“Tradition is important to me, and that makes schools like Ohio State and Texas high on my list,” he said in January. “The important thing is finding a school with the balance of great academics and football. I’m also looking for a place to play early.”

Wilson is a prolific prep wide receiver. In two years on varsity, Wilson has 151 receptions for 2,472 yards and 38 touchdowns. He’s also contributed as a running back and as a cornerback. He visited Texas for junior day and is a former high school teammate of current Texas tight end Cade Brewer.

Texas also hosted a group of 2019 recruits like 4-star offensive linemen Tyler Johnson and Javonne Shepherd. One of the recruits in attendance — Katy Cinco Ranch inside linebacker David Gbenda — received an offer from Tom Herman. The 4-star prospect is on the rise after a strong showing at The Opening regional in Houston. Gbenda, a 6-0, 212-pounder, also holds offers from TCU and Texas A&M. He is the No. 43-ranked player on the Fabulous 55.