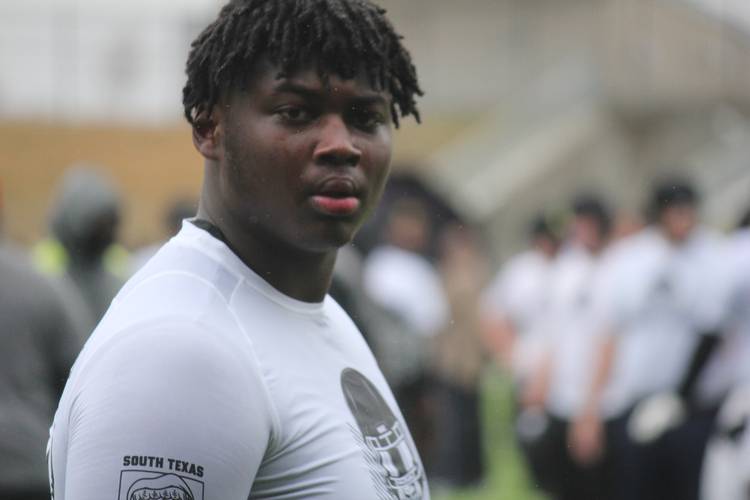 The state’s best offensive lineman in the 2019 recruiting class named the Longhorns among his top 10 schools Saturday afternoon via Twitter. Kenyon Green, a 5-star offensive tackle from Humble Atascocita, holds 22 offers and was a one-time commitment to LSU. Texas A&M is considered the favorite, but Texas made a major push when Green took an unofficial visit to Austin on March 10.

The Longhorns hope to sign at least three offensive tackle prospects in the 2019 class with Green among the top targets. The others in the mix are Tyler Johnson and Javonne Shepherd. The whole trio resides in the Houston-area. The addition of offensive line coach Herb Hand is helping Texas’ cause.

“Coach Hand is a cool coach. He knows what he is doing from his time in the SEC and he’s the type of guy who can get me to the next level if I do my part,” Green said. “Texas is Texas. It’s a school that’ll be in the mix.”

Texas currently holds three commitments in the 2019 cycle with 5-star wide receiver Jordan Whittington, 4-star quarterback Roschon Johnson and 3-star defensive end T’Vondre Sweat. All three are Fabulous 55 members with Whittington ranked as the No. 1 prospect in the state.