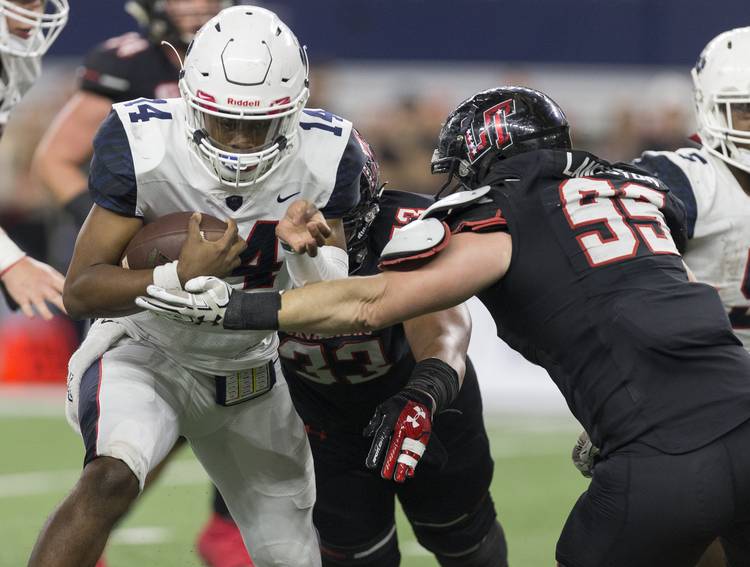 Two members of the initial 2019 Fabulous 55 pulled the trigger and committed to colleges over the past few days. On Saturday, Katy Taylor defensive end Braedon Mowry chose Texas A&M over offers from programs like Texas, Oklahoma and 17 others. Grant Tisdale, a 4-star quarterback from Allen, chose Ole Miss earlier in the week.

Blessed to be committed to such an amazing place.. #GigEmGang19 pic.twitter.com/RTxHPHcTB1

Mowry, 4-star defensive end, continues the trend of Katy Taylor football prospects to commit to Texas A&M after Max Wright, a 4-star defensive end, chose the Aggies in the 2018 class despite a coaching change. He is the No. 40-ranked player on the Fab 55. Mowry become the eighth commitment in the 2019 class for Jimbo Fisher. Five of those players are members of the Fabulous 55.

Tisdale led Allen to a Class 6A Division I championship in his first year as the starter. The dual-threat quarterback is a poised leader with a strong, accurate arm and a great understanding of how to run an offense. He’s competed at the highest levels of prep football and is the third-ranked quarterback in Texas for the 2019 cycle. He’s the No. 27-ranked prospect on the Fabulous 55.