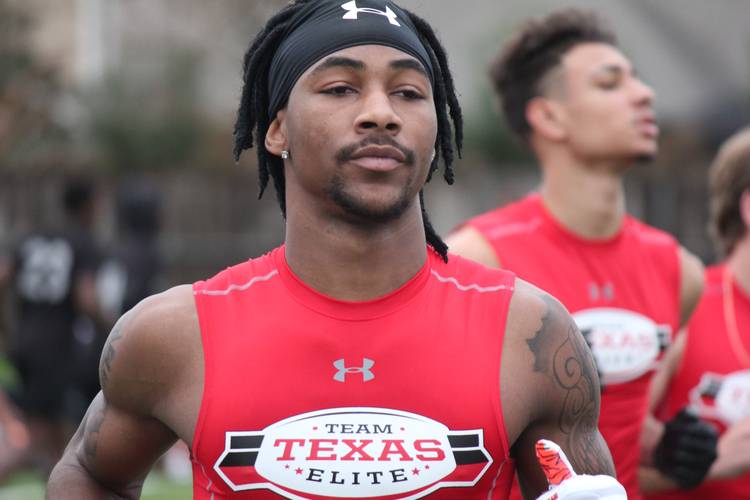 Oklahoma continued its incursion into Texas during the 2019 class with the commitment of Fort Bend Travis wide receiver Arjei Henderson. The 6-foot-1, 183-pound prospect is the fourth member of the 2019 Fabulous 55 to choose the Sooners. Henderson is the No. 2-ranked player on the list. Texas managed to sign the entire top five in the 2018 class.

Henderson is a dynamic wide receiver who can play outside or in the slot. He is a two-time first-team all-district selection and has recorded 181 catches for 2,569 yards and 32 touchdowns during his two-year varsity career. He held offers from 45 programs, including Texas.

Henderson was a one-time Oregon commit. He’s commitment No. 4 for Oklahoma in the 2019 class and four of the five play prep football in Texas. Henderson joins 4-stars Austin Stogner and Trejan Bridges, as well as 3-star defensive end Kori Roberson. The Sooners also lead for Allen wide receiver Theo Wease Jr. and could pick up a commitment from the fellow Fabulous 55 member by the end of the weekend.

This week in mock drafts: So, which NFL team wants to draft Texas’ punter?