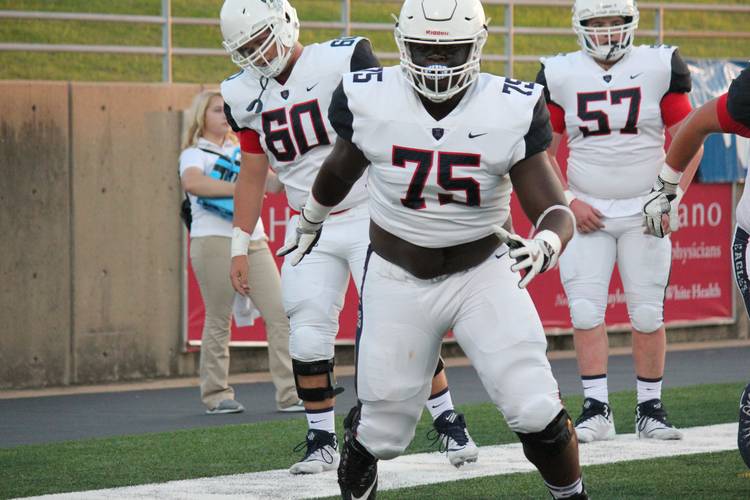 The recruiting assault from north of the Red River continued Wednesday morning when four-star offensive linemen EJ Ndoma-Ogar pledged to the Sooners over offers from Texas, Alabama, LSU and 35 other elite programs from around the country. Ndoma-Ogar is the No. 23-ranked player on the initial 2019 Fabulous 55.

The future offensive guard keeps Oklahoma’s 2019 recruiting class comfortably on top of the rankings. The Sooners boast the No. 1 recruiting class in the nation, while Texas A&M sits at No. 2. Seven of Oklahoma’s 11 current commitments are on the Fabulous 55 and six held offers from Texas before choosing to leave the state.

Ndoma-Ogar becomes the second star from Allen High School to choose Oklahoma, joining teammate and four-star wide receiver Theo Wease Jr. in the 2019 class. Texas hosted Ndoma-Ogar for the Orange-White game, but couldn’t stop his commitment to the Sooners.

LOOK: Boy who penned school paper on Sam Ehlinger gets to meet him